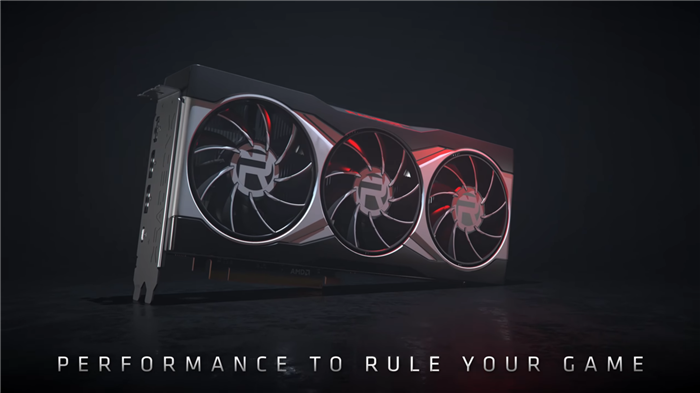 A series of new rumors about the AMD RDNA 3 and RDNA 4 GPUs that will power the next-generation Radeon RX graphics cards has been revealed by Moore’s Law Is Dead. The Initiate is mostly talking about RDNA 3 GPUs, but also presents a slight update to RDNA 4 GPUs, both of which will feature MCM chips.

MLID starts out by discussing performance estimates, and we’ve had several of them for a while. We’ve seen previous rumors of up to 2.5x performance gains for RDNA 3 over RDNA 2, and MLID says AMD has always aimed at more than 50% performance gains over the Radeon RX 6900 XT graphics card with its RDNA 3 architecture. 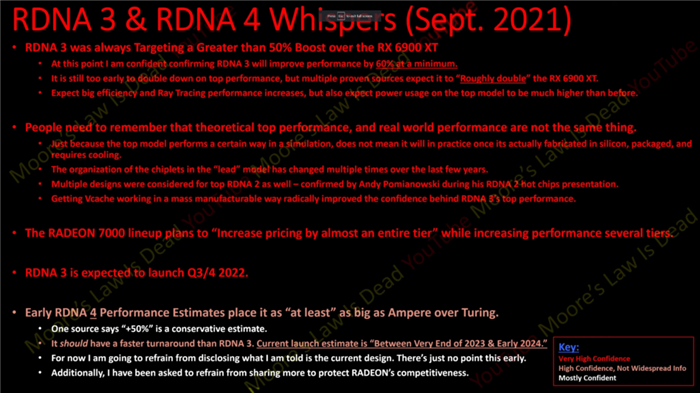 It was also mentioned that, like RDNA 2, the topmost SKU of the RDNA 3 has changed a lot in the last few years. This means that the product has had several variations, but the development and mass production of V-Cache stacking technology has increased the confidence of the next-generation GPU builder in its performance. Another interesting thing mentioned in the rumor is that RDNA 3 is expected to bring big gains in ray tracing performance and efficiency while increasing the power requirements of high-end models.

Hopefully the performance gains will be even greater. The next-generation APUs will feature more compute units, but moreover, they will feature a much better RDNA 2 architecture. As the same architecture is found in the RX 6000 graphics cards, we expect big profits from the Ryzen 6000 APU when AMD is ready to release them.