An Ode To Anthem And What Could Have Been

Electronic Arts and BioWare have confirmed that plans for Anthem 2.0, also called Anthem Next, have been canceled. While this news was not a surprise, especially given how quiet the team has been about its progress on Anthem Next, I can’t help but lament the missed opportunity here for an adventure that held a lot more promise than so many gave it credit for. Now that the future of Anthem is forever at a standstill, here are my thoughts on the game, the launch, and what could have been.

When I first dove into Anthem, it was pre-launch during a press event. There were bugs, but that was to be expected with early access to an online game. While noted in my coverage, it didn’t dampen the pure joy I felt when taking to the sky in my custom Javelin that very first time. Anthem has some of the smoothest flight and combat mechanics I’ve ever seen in a game (and this is a hill I will die on), especially when looking at the detailed animations that showed off a love for the craft from the moment those boots left the ground.

What was disappointing to me was the endgame content, and that disappointment was there because of the core storyline. We all knew going in that the main story would be unfinished due to the nature of a live-action game, so that wasn’t the problem. The issue was that the story leading up to the “end” was so full and organic in so many different ways. Speaking with Brin and hearing her one-track mind just rattle off in excitement without a care in the world was so relatable down to my core. And don’t even get me started on the “Is it sexy danger” woman, because I’m pretty sure that if there was romance in this game, I would have wife’d her immediately. 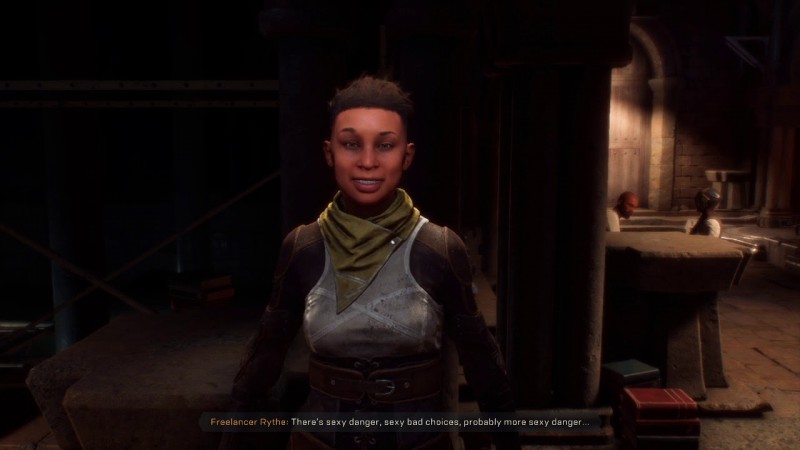 Another treasure? Matthias and his arc. Spoilers ahead for specifics, but Matthias Sumner was a gosh darn gem and a true delight in the world of Anthem. He’s a dedicated arcanist who is absolutely enraptured by Shaper technology. He’s also the absolute worst when it comes to staying focused, which…hello, are we the same person?

There is one part regarding his arc in the base game that has him suddenly split between three people when an experiment with a Manifold goes wrong. Suddenly, parts of his personality that are usually balanced out are now individual Matthiases. I thought I loved Matthias before, now BioWare gave me three of them?! While I thought it was like Christmas, the actual storyline surrounding this was executed perfectly, and his voice actor did a phenomenal job at playing the three parts. Whether he was playing Erryl, the soft-spoken scholar, Matti, the adventurous one, or Sumner, the bad boy that you want to kiss and kick at the same time, it all felt wildly entertaining. These are the moments of magic that Anthem had to offer, and they were more than just one-offs.

The story in the base game before the “final” fight flowed in a way where discovering more of the world felt fun and natural. With each triumph, the area of Tarsis became less of a place ravaged by the need to survive and more of a hub celebrating human life. With each conversation, the people in this world became more real, more tangible. I cared about listening to their stories, their paranoia, their fears. I cared about learning how children were coping with so much uncertainty and witnessing the bravery of young adults who haven’t learned what it feels like to fail yet. The story before the endgame in Anthem was rife with beauty, with personality, and with a promise for a continued experience beyond when the end credits rolled. A promise that, unfortunately, was dulled by the tragic disconnect between the introductory narrative and what the endgame had to offer.

Beyond the obvious issues at launch that resulted in more glitches that we can count and load times that could fit an entire movie in them, the problem was that the endgame and everything before it felt like two insanely different experiences. Like with most live-service games, the introductory narrative is meant to almost act as a cliffhanger; it’s supposed to draw the player into that universe and give them a reason to stick around and see what else is on the way. With Anthem, there was this wonderfully done build-up that just…dropped. I remember wrapping up the main campaign and being so confused. I thought “Wait, did I miss something? That’s not it, is it?” But sure enough, it was. I could still take on small contracts and the odds and end side quest, but everything meaningful was wrapped up and done.

This wouldn’t have been a terrible thing had the studio released major content updates in a timely manner. Say what you will about Destiny, but Bungie’s set-up of seasons gives just enough time to explore everything new while offering a “light at the end of the tunnel” perspective if any given season wasn’t a player’s cup of tea. With this, we didn’t know when the next step was coming. We didn’t know when the new “season” would start and when events and the like did occur, they were over almost as quickly as they started. The never-ending “is this it?” feeling persisted, and as BioWare shut down communication, that light at the end of the tunnel for a new batch of content became dimmer and dimmer.

Another aspect I treasured about Anthem was the crafting. Being able to make my own Javelin suit with whatever colors I wanted and with some funky fresh patterns was incredibly enjoyable, especially for those who love to customize. Taking to the skies as a giant Barney the purple dinosaur was hilarious, especially when I was grouped up with people that took customization way more seriously. Have you ever seen Barney fly high with Iron Man? Lemme tell ya, that is a treat that everyone should experience at least once.

Crafting and customizing these suits with different variables allowed me to home in on what I wanted to focus on when in combat. Resistance, firepower, control? You name it, and that desire to be better made exploration even more fun.

Just like with many games, there are different level types for components. Common, Uncommon, Rare, Epic, and Masterwork made the grind for gear fun because finding that Masterwork from doing something especially challenging felt incredibly rewarding. This also gave Challenges more meaning as well, instead of just feeling like random busy work.

Gathering materials for crafting was always fun for me, too. Usually, I hate this kind of busywork and it’s actually one of my biggest gripes with Destiny 2 in the past. But here? This world is stunning. The weather changes? Breathtaking. The views? Beyond stellar. Taking to the open world to gather materials needed gave more of a purpose to crafting the perfect gear and the journey while doing so was nothing to scoff at.

Now that the news is official that there will be no more updates for Anthem, including the anticipated Anthem Next overhaul, it’s hard not to feel sad over what could have been. This story, before the endgame, set up a fantastic new experience. The endgame could have absolutely made a turnaround and could have had its own No Man’s Sky redemption story. The only positive out of this is that now the team can focus more on the projects that have hope like Dragon Age 4 and the future of Mass Effect, but that doesn’t make it any less heartbreaking to see that potential go to waste and to see the developers that worked so hard and were so proud of the vision have to walk away.

To learn about the state of Anthem and what BioWare had to say about the cancelation of Anthem Next, you can check out our previous coverage here with the studio’s statement.