If you can think of a Minecraft skin you’d like to use, we guarantee someone has made it.

If you can think of a Minecraft skin you’d like to use, we guarantee someone has made it.

It doesn’t matter how obscure, how odd or how impractical the idea, it will exist either via the Minecraft Marketplace or on The Skindex website for download.

If you’re on console, the only way to change skins is to purchase Minecraft coins and redeem those against the skin or skin pack you’d like. Because you’re paying, you are supporting smaller creators and Mojang themselves. Which is nice.

PC players have the advantage here, though. With every player being able to browse online and simply install a .PNG file into the game itself. Or, if you’re particularly creative, you can design a skin yourself. All done through Skindex or various websites.

Of course, The Skindex is full of anything and everything, all of varying quality – From the very basic, to intricate designs which would rival the designers at Mojang. Often there are original creations, skins which dodge copyright licenses or multiple versions of characters which change incrementally from one to the next.

We’ve trawled the official skins and those drifting around the web to bring you some particularly sweet skins. 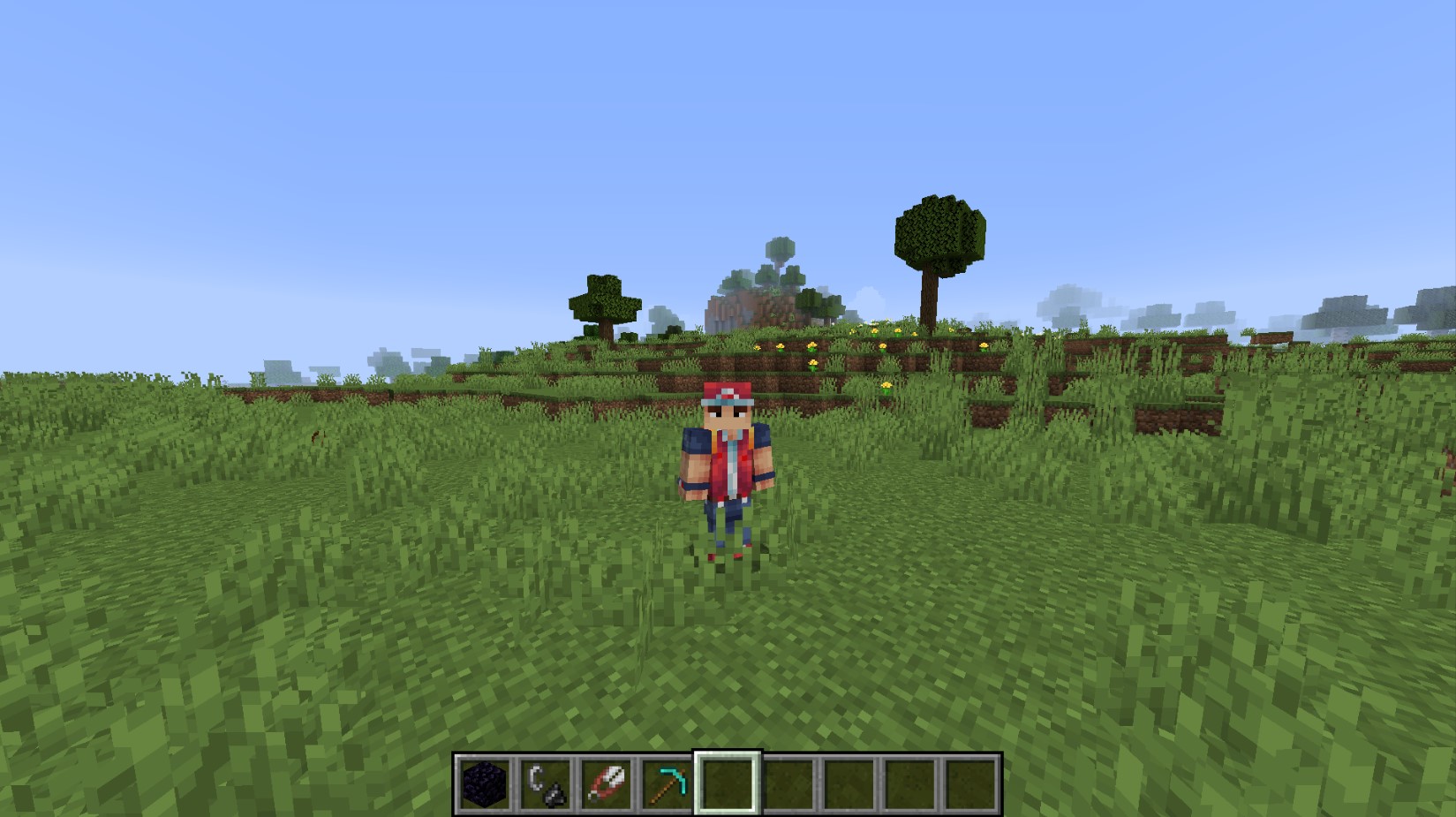 The best Minecraft skins include everything from well-known game characters to superheroes.

While this isn’t technically a Valheim Minecraft skin, this Viking warrior may be the closest you’re going to get if you want to bring a little of Iron Gate’s survival sandbox to the blocky world of Minecraft. The two games have a lot more in common than you might initially think, though thankfully you won’t have to deal with invading trolls in Minecraft.

This Among Us Minecraft skin depicts one of the crew that you might encounter-or play as-during the casual multiplayer game. While you might not be hunting for the imposter in the blocky survival game, you can bring a little of the popular deduction game to your world. And hey, at least you’ll be easy to spot if you’re playing with friends.

With CD Projekt Red still busy with Cyberpunk 2077, it’ll be a while before we see Geralt exploring a new fantastical land, but what about the world of Minecraft? There are plenty of blocky landscapes for you to explore with this Witcher Minecraft skin.

Who didn’t want to be Han Solo when they were growing up? While it’s unlikely that you’re ever going to get your dream job as the captain of the Millennium Falcon, you can at least play as him with this Han Solo Minecraft skin as you go about your blocky adventures. Perhaps you could even tame a wolf as a poor Chewy substitute.

There are thousands of Minecraft skins freely available online. Learn how to make your avatar in game your own by adding them to your account.

How to Get Minecraft Skins on Consoles

The only way to get new skins on game consoles is via downloadable content (DLC) from the Marketplace. Here’s how to find it:

Launch Minecraft and select Marketplace from the list of options at the main menu. 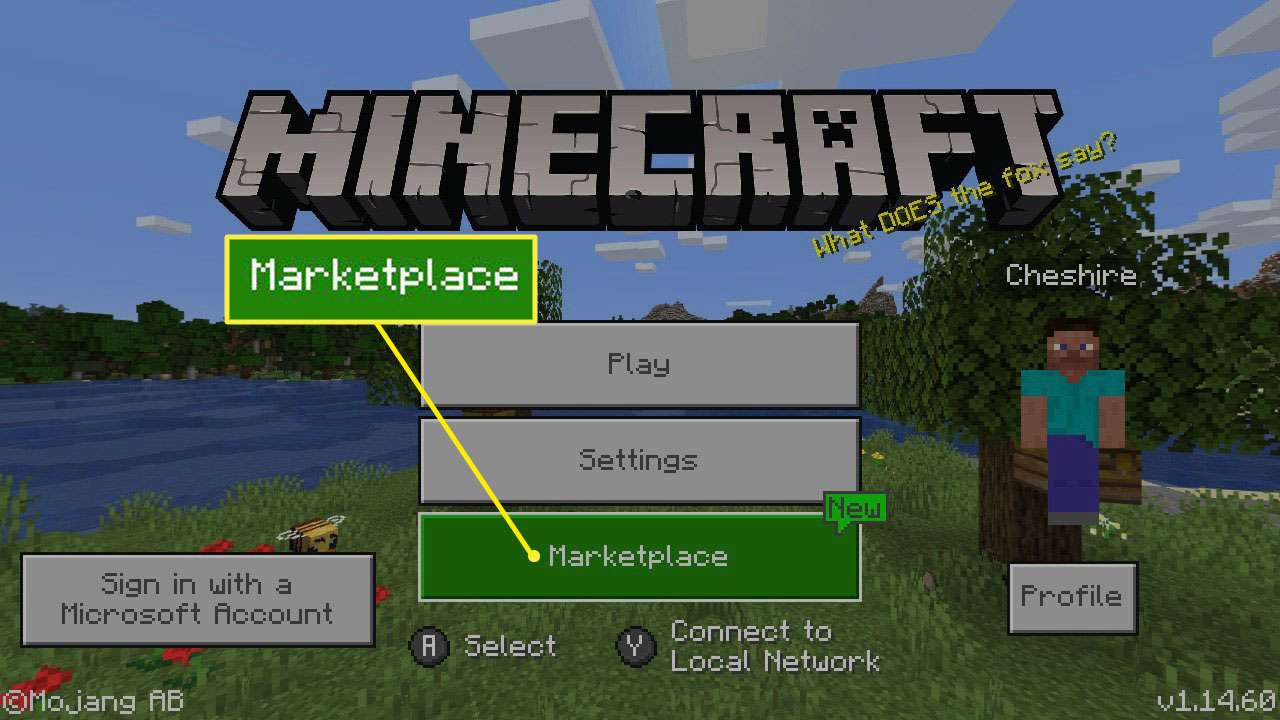 From here, you can browse and purchase all of the skin packs available from both Mojang and independent creators. 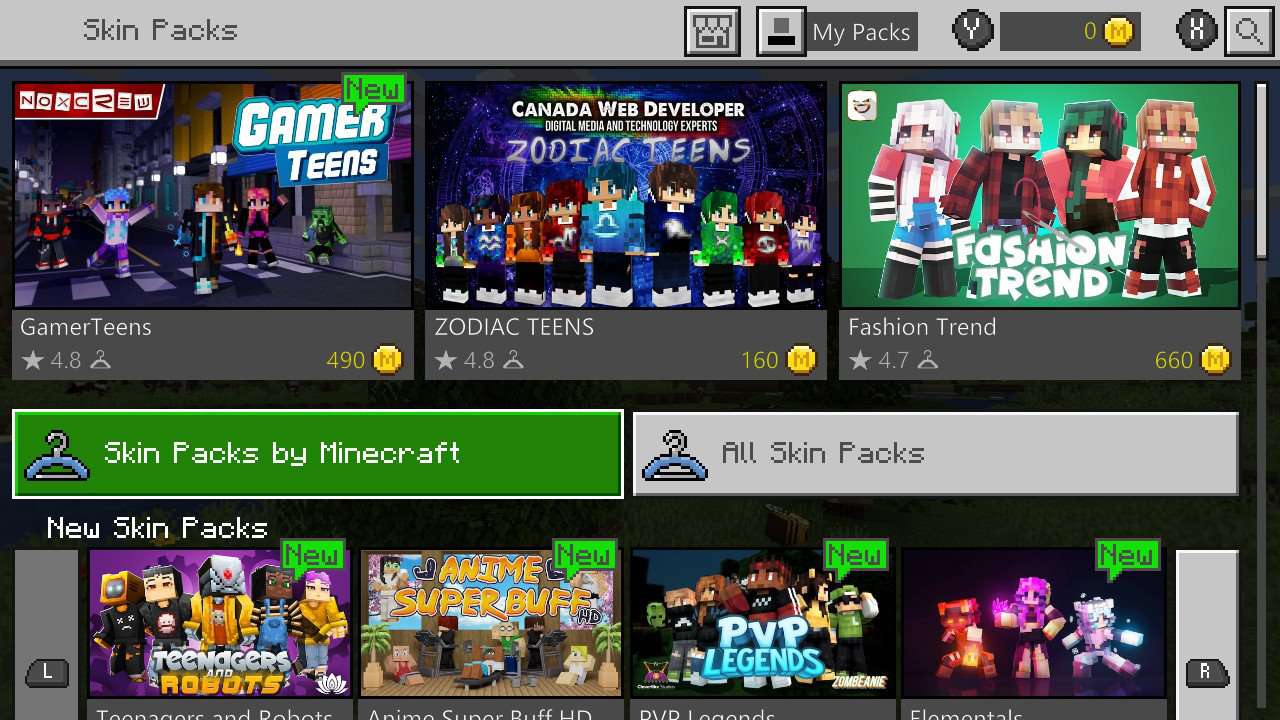 Minecraft also has several default skins that come with the game for free.

Alternatively, you can find purchasable skins through your profile. Select Profile while on the main menu screen, then select Edit Character. 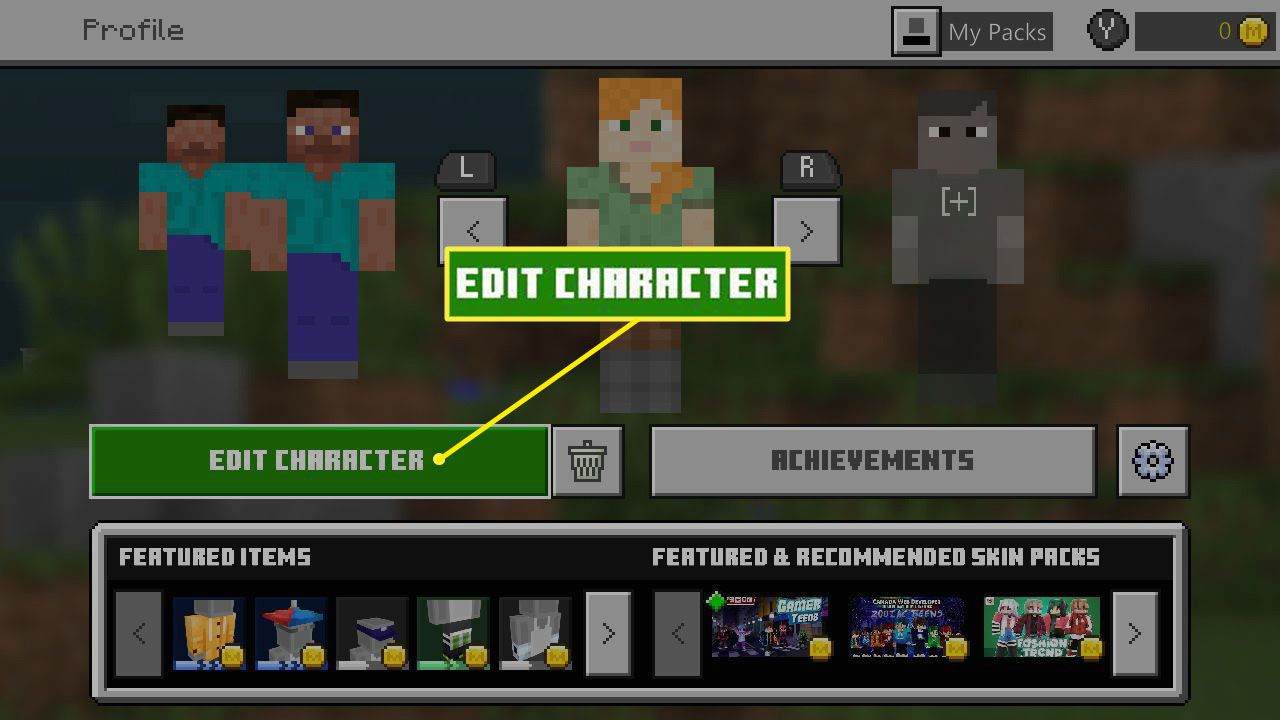 Tab over to the Skins window and you can see a list of skins you own and a list of skins available to buy. Pick what you want from the list and follow the on-screen directions to purchase it.

Almost every game allows players to customize various aspects of a game, particularly the character’s appearance. Most players would want to change the appearance of the character they’re attached to; Minecraft doesn’t fall short of such a feature. Read this article to learn how you can change skins in Minecraft.

Who wouldn’t like to personalize the game that you play all day? Many games allowed customization, some have limited customization, and some are fully customizable. Minecraft is one of those games that gives boundless freedom when it comes to personalization of the game, thanks to mods, various ads, texture packs, shaders, and, of course, skins.

Skins change the default appearance of Minecraft avatars. In this write-up, we learned how to change skins in Minecraft on PC using two different approaches. There are many online source forms you can get skins. Moreover, you can make your own skins as well with the use of any editor, all you need a creative mind and some practice. 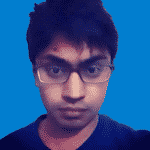 I am a professional graphics designer with over 6 years of experience. Currently doing research in virtual reality, augmented reality and mixed reality.
I hardly watch movies but love to read tech related books and articles.