Call of Duty: Warzone for Windows

Call of Duty: Warzone is a free first-person shooter game in the Call of Duty series published by Activision. Two main game modes are available to play. The goal of this Battle Royale gameplay is to get rid of your opponents. You can win Plunder mode by collecting the most cash during a limited period of time.

Can you play Warzone without buying Modern Warfare?

Warzone is a standalone game. You do not need to buy another COD game to play Warzone. COD Warzone does include crossplay for users that have Black Ops Cold War and Modern Warfare. Additionally, the battle pass and store systems for the three titles are united.

Is Call of Duty: Warzone a full game?

You can play the entire Warzone game without needing to spend money. While COD: Warzone does not have intrusive GACHA tactics, you can still make in-app purchases. You can also spend money to get COD points and battle passes. In-game skins are available to customize your gaming experience.

How many people play Call of Duty: Warzone?

COD: Warzone is a popular video game with tons of players. The Battle Royale matches include a total of 150 players, while the Plunder gameplay has 102. You can play as a single player in Battle Royale and Plunder competitions. Multiplayer modes are available for both, and you choose between 2, 3, and 4 players during the events.

Call of Duty: Warzone lets you explore the maps in vehicles during Battle Royale and Plunder. The four land vehicles available are ATV, Cargo Truck, SUV, and Tac Rover. You can fly in the air with the Helipad. Each mode of transportation delivers a different capacity to hold and protect passengers.

A team is beneficial. Your teammates can revive you when you die. Teams can complete Contracts to earn cash, loot, and XP. You can spend your earnings at Buy Stations to get equipment, killstreaks, and Squad Buybacks. The Buy Stations are represented by boxes on the map. Certain equipment can boost your health. You will start with 100 percent health that can deteriorate.

The playing zone is surrounded by a toxic gas that can kill you. Although Armor Plates will add 50 health points in any other situation, it cannot protect you against toxins. Another survival tool is a gas mask. These masks will keep you safe against toxic gas for a limited time.

You can use a Call of Duty: Warzone Bunker code to access Supply Boxes inside of bunkers. The Gulag is a prison where players are sent when they die during Battle Royale. Here, you will participate in a 1v1 fight against another eliminated player. Bystanders can throw rocks at the opponents during this contest. The winner of the PvP battle will redeploy into Verdansk.

If you lose, then you can watch the rest of the Gulag fights or quit the game. Additionally, you can come back to life when you use the Self Revive kit that can be bought at Buy Stations. Your teammates can use the Squad Buyback feature or set up a Most Wanted Contract to respawn you into the game.

The purpose of Plunder mode is to loot the most money. Cash can be found in Cash Drops and Supply Boxes. Additionally, you can get money by completing Contracts. Your goal amount to collect is 1 million dollars. You can deposit your earnings into Cash Deposit Balloons and Helipads to secure your loot.

The multiplayer nature of Call of Duty games lets players connect with each other. Since Warzone is free to play, more people have access to the title.

Additionally, since Warzone is a cross-platform title, gamers with different devices are able to access the game easily. You can download and install COD: Warzone on Microsoft Windows PC, PlayStation 4, PlayStation 5, Xbox One, and both Xbox Series S and X devices.

Call of Duty: Warzone is a 150-player battle royale game – and it’s now available to play.

Call of Duty: Warzone is currently available on PC, PS4, and Xbox One.

It is a free-to-play game, though anyone loading it up on Xbox One will require an Xbox Live Gold subscription to access the platform’s online multiplayer features, usually costing $ 60 in the US, £ 50 in UK or AU $ 80 in Australia. You won’t need to pay for a PlayStation Plus membership to do so on PS4.

While the recently-dropped Call of Duty: Modern Warfare 2 Campaign Remaster has a one-month exclusivity window on PS4, that thankfully isn’t the case with Warzone.

Call of Duty: Warzone for Windows

Call of Duty: Warzone is a free Call of Duty game with two main game modes. Battle Royale mode is a first-person shooter game that includes 150 players on a large map called Verdansk. The second game mode is Plunder, and the goal is to collect the most money in the allotted time. Both game modes support multiplayer and single-player.

Is Call of Duty: Warzone free?

Call of Duty: Warzone is free to play on both console and desktop operating systems. The gaming title is available for Microsoft Windows PC, PlayStation 4, Xbox Series S, and Series X devices.

While Warzone automatically comes included in the Modern Warfare gaming package, you do not need Modern Warfare to play Warzone. You can download Warzone as a standalone game.

Why is Call of Duty: Warzone so big?

The map is massive. Multiplayer mode lets you team up with a squad of people and you can choose to get together with friends or people you do not know. Single-player mode lets you take on the competitors alone, and the battle royale solo match is more difficult considering you do not have additional support from your team members. More skill is required to win solo mode.

The Gulag lets you battle against another killed player in a grimy prison where you can hide behind structures during the shootout. Real players that will be watching from the elevated sidelines can throw rocks at you when you are battling in the Gulag. You will be respawned in the game when you win. You also have redemption in Warzone in case you get killed. Either your team can revive you by paying $ 4,500 or you can defeat another player in an afterlife prison.

You have four mainland vehicles that you can use to explore the terrain, and one helicopter to travel in the air. The vehicles each have sets of perks that will determine the one you choose. The ATV is the quickest mode of transport but is also the least safe. With the ATV you can ride with another player at a faster pace with even more risk. The Rover is another fast yet unprotected vehicle that can hold four players.

The SUV lets four players ride in a more protected car at a slower pace. The slowest vehicle is the Cargo truck that can protect your entire team and equipment. The helicopter seats four people.

How can I play Warzone for free?

Since death is not particularly punishing in Warzone, the game is relatively easy to play. The game begins with you in a plane above the map that labels each area. You can choose where to drop down to with a parachute. You will need to strategically cut yourself loose from your parachute when you get close enough to the ground.

You are equipped with armor and a pistol when you first start. Your inventory lets you carry two guns at the same time. You can equip yourself with both one lethal and tactical equipment item. There are four weapon categories that are called common, epic, legendary, and rare.

The ever-encroaching toxic fog makes the game difficult and you can use gas masks to protect yourself from the lethal gas for a limited time. You can find cash in random places and Contracts are another way to earn money. You will get the money after you complete the objectives.

Money lets you purchase items from the buy stations like armor, masks, weapons, and more. Buy stations are sporadically placed around the map. You can see your total balance in your account.

BR that is worth getting

With two game modes, Call of Duty: Warzone is a fun FPS game available to download and play for free. While the Call of Duty: Warzone has a large installation size of around 100 GB, the FPS is worth making space for. The download does not use any money from your wallet unless you want. You can purchase microtransactions in the game like a battle pass. 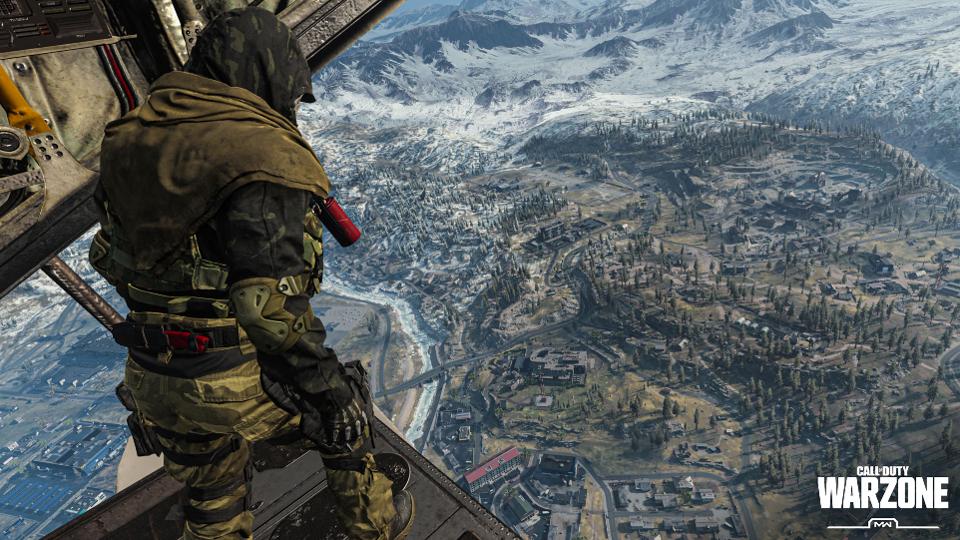 You can play this title and enter warzones as a solo player, as part of a duo, or with two squadmates. In comparison to popular BR titles like PUBG, Fortnite, and Apex Legends Call Of Duty: Warzone offers a ridiculously large map. Unfortunately, vehicles in Call Of Duty: Warzone are quite loud which makes them a prime target for snipers and rocket launchers.

Another unique feature of Call Of Duty: Warzone is the ability to revive after dying in the warzone by fighting another human player in an adapted version of Call of Duty’s Gunfight game mode. Using different contracts like Bounty Contract, Recon Contract, and Scavenger Contract you can earn more cash and advantages.