Destiny 2 Class guide – should you pick Titan, Hunter, or Warlock

Forge your Light with our Destiny 2 Class guide

Destiny 2 Class guide – should you pick Titan, Hunter, or Warlock? 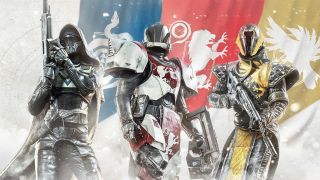 A Destiny 2 Class guide can help New Lights who are unsure where to start, or veterans who only play one class, by revealing the benefits of all the choices available in Destiny 2. Each has a unique second-jump; Titans have Lift, which functions like a jetpack that favors speed over distance. Hunters can literally double and triple jump and are more approachable by newer players. Lastly, the Warlocks have Glide, allowing for more aerial mobility or distance versus raw speed. Void Warlocks and Stasis Hunters have short-range teleports (Blink and Shift) that replace other abilities, Glide and Hunter Dodge, respectively.

Wondering which Destiny 2 classes are best right now? Check out our Class Tier List for both PVE and PVP activities!

Unsurprisingly, Hunters are still the best class when it comes to PVP. Their mobility, Supers, abilities, and even Exotics all give them such a major advantage in the Crucible. This makes them quite difficult to kill, as they can be difficult to pin down in a fight. Every subclass offers solid benefits, with most being completely viable in the Crucible. Spectral Blades remains a nightmare to deal with if you have issues tracking them and competent Arcstrider can easily cut through a team in seconds.

combining these subclasses with Exotics like Wormhusk Crown, The Sixth Coyote, or Gemini Jester pushes Hunters easily into first place. There is a comical amount of viable PVP Exotics that Hunters can pick from, making them extremely deadly. This is especially true in Trials of Osiris, where they can easily exploit their sheer mobility and gear. Plus, the dodge roll is terrific for the Crucible as it lets you dip out of risky fights or close the gap on an unaware enemy. If you & ‘re playing in any competitive PVP mode, be ready to fight these cape-wearing crusaders of the Crucible.

I was back and forth about where to place Titans on this list. Truthfully, they could easily swap with Warlocks since the gap between these two classes isn & ‘t as vast as the one they have with Hunters. However, I ultimately settled on Titans thanks to a mix of the Exotics available and Rally Barricade. Don & ‘t get me wrong, Titans have solid supers, but they don &’ t do anything degenerate. You pop them, people typically die, repeat. There & ‘s not much to it unless you &’ re that cheeky Guardian using Ward of Dawn, Helm of Saint-14, and Suppressive Grenades.

Instead, I simply find the Exotics for the Titan to be superior to the Warlocks in a PVP environment. Citan & ‘s Ramparts lets Titans shoot through their barricades, allowing them to poke at enemies while Antaeus Ward just reflects projectiles back at enemies when you slide. Lion Rampant, Dunemarchers, and Mask of the Quiet One are also solid choices that help push Titans to the second place in the current PVP meta.

This is where I suspect I will get the most pushback because Warlocks, without any additional gear, do have better abilities and Supers for PVP. Top tree Dawnblade is insanely good once you master the air dodge and Nova Warp can be quite tricky to takedown since the blink no longer takes a ton of Super Energy. Yet, the call was made mainly due to the same reasons Titans rose to the number 2 spot – the Exotics and class ability.

Don & ‘t get me wrong, there are some fun Warlock PVP exotics, but not many of them have a wow factor. Astrocyte Verse, Transverse Steps, and Getaway Artist are really the only superb PVP Warlock exotics. The others are just fine, but they won & ‘t drastically change how engagements shake out. Additionally, the Rift is great for healing after a fight or in cover, but the long cast time leaves you open to damage. It & ‘s very much a PVE ability, unlike the Hunter &’ s dodge which feels almost designed exclusively for PVP users. Even though you can and most certainly have done well with Warlocks in the Crucible, their impact just doesn & ‘t feel the same as Titans or Hunters. Destiny 2 Class Population Statistics Be it in real life or gaming, juggling three classes at the same time isn’t easy. As modern-day gaming evolves by the minute, multiplayer gaming has

The Most Popular Class In Destiny 2

If you ask the pro Destiny 2 Guardians, they all will have the same answer. The “HUNTER” class is by far the most popular class in Destiny 2. With over 36% of the total users, the Hunter class is the most popular class played throughout Destiny 2. Bungie’s online survey found that most of the players equip the Hunter class before going into combat. This is because the rating of the subclasses is higher compared to the rest.

Minecraft
How to Cross-play Minecraft on Windows 10, PS4, Xbox, Nintendo Switch
0 35
You may also like
How to get into Destiny 2
What is destiny 2 - Vault Of Glass And Master Content
03