Destiny 2 launched its new season this week, and there’s plenty of intriguing new content to explore, from the new Battlegrounds (think mini-strikes), to the new H.E.L.M. Vanguard base of operations, which functionally acts as a dedicated private space for you to complete many of the tasks you need to do between missions. However, for my part, the single aspect of the new Season of the Chosen that has me the most excited isn’t a new activity or location – it’s a specific new weapon, and the playstyle it engenders; Ticuu’s Divination is the most entertaining new weapon in the Destiny universe in a long time. If a flaming explosion bow with tracking capabilities doesn’t pique your interest, you may be playing the wrong game.

You’ll note that I didn’t say it was the most powerful, or the “best” exotic weapon. While three days is far too little time to gauge the balance of a potent new weapon, or where it will fit into the meta of play, my early sense is that Ticuu’s Divination is thoughtfully built to demand skill and clever play to capitalize on to its fullest. Unlike the infamous Gjallarhorn, which virtually took over everyone’s exotic slot back in the day, this new bow doesn’t feel like it far outstrips everything else on the scene.

Rather, Ticuu’s Divination wins my praise for being so remarkably fun, and for the way it encourages a wholly unique playstyle. After years of playing the Destiny franchise, I gravitate most toward novelty in playstyle, rather than overwhelming power. If something in the game demands that I think or play differently, it’s a winner. And that’s why this new bow instantly won my enthusiasm.

At first glance through its description, Ticuu’s Divination might seem a bit confusing. When firing from the hip, it flings out three arrows, and if you’ve marked targets ahead of the shot, those arrows have an impressive ability to home in on said targets and light them up with a not-so-subtle flame effect, dubbed Sacred Flame. The initial hit doesn’t do much damage – it’s the follow-through that is the kicker. 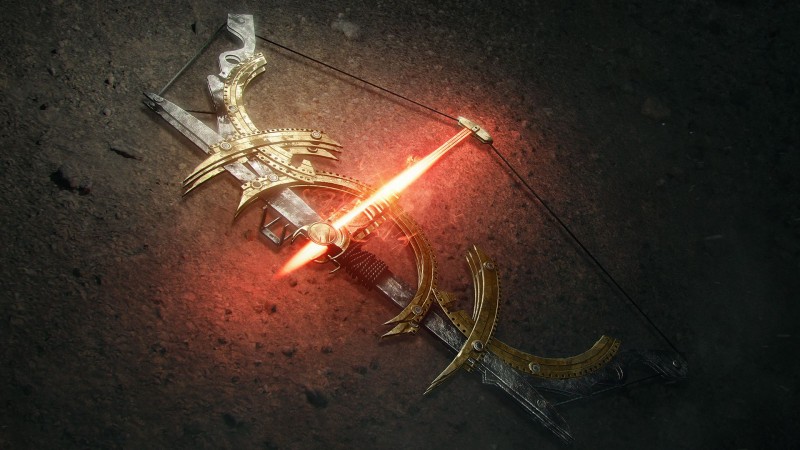 In practice, the bow encourages players to constantly vary their shooting style. In the past, some Destiny bows have been masters of the hip-fired shot, and others all about the precision aiming. Ticuu’s Divination demands that you use both in concert, lining up shots and chain reactions through clever play, while still demanding careful aim and timing to nail those precision hits. As I fire, I find myself quietly intoning the phrase from X-Men comics I read years ago, as mutant hero Boom Boom marches into battle with her catchphrase of “tick, tick, tick…Boom!”

Beyond that, the other aspect of the new bow that is so exciting is its potential for group play. While Ticuu’s Divination holds its own just fine in solo settings, the nature of the perks it carries allows for synergistic play with your teammates. If someone else’s bow has set up Sacred Flames on your enemies, you can be the one to trigger the explosions. That means that good teamwork can result in a near-constant firestorm of cascading blasts, which is simultaneously brutally effective, and visually thrilling. 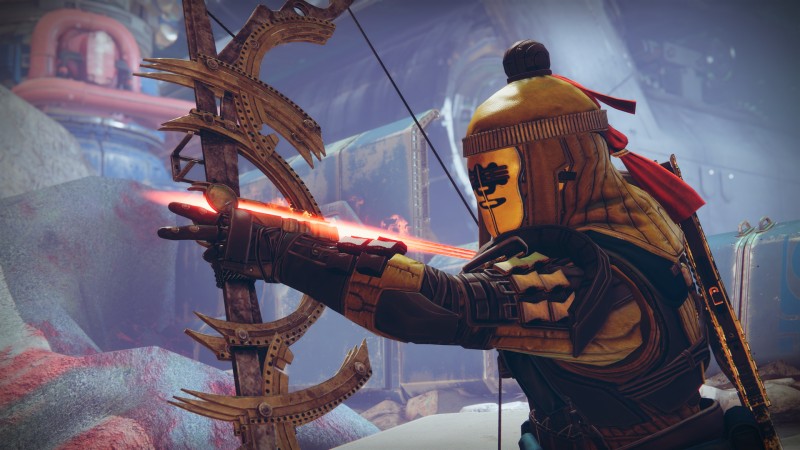 Bungie has made a very clever choice in the deployment of this weapon to the player base, since the developer has made it free to all players, and available at the start of the season. If you’re a season pass owner, you can snag the bow right away at season level one, and start going to town. And even if you’re not a season pass owner, you can still earn it along the non-paying season route at level 35. As a result of so many players having access, a good deal of the teamwork synergy potential of the weapon is on display in these early days of the season. Players are naturally trying out the bow in all sorts of activities right now, so we’re getting to see lots of insane solar explosions as even random players on matchmade teams are constantly triggering each other’s explosions. In purposeful, structured teams, the potential is even higher. Consider if instead, Bungie had released the bow as a hard-to-get random drop, or at the end of a long questline – the potential for players to play with this new toy together would be far lower.

Finally, (and I realize this is only a benefit for our lore-minded Guardians out there), Ticuu’s Divination is a wonderfully amusing concept within Destiny universe’s always weird fiction. A Cabal weapon, crafted by the Psions, the bow is itself a sort of time machine, messing with causality and the natural passage of time, finding futures in which the heads it hits “had arrows already” embedded in them, and then selecting that future. Like many of the best Destiny weapons, Bungie’s writers have created a surrounding fiction that makes Ticuu’s Divination even more engaging, and its artists have accentuated that story with the sharp points and curves of its distinctive visual style.

After dozens of exotic weapons collected, and years firing them across the battlefields of the Destiny universe, the best new additions are not the ones that break the game and demand that everyone use them until they get nerfed. Instead, it’s weapons like Ticuu’s Divination that keep me coming back, eager to uncover the new twists on action and playstyle within what remains one of the tightest shooting experiences on the market.

Best Renegade Moments In Mass Effect Legendary Edition
Sometimes it’s good to be bad. While not all
057