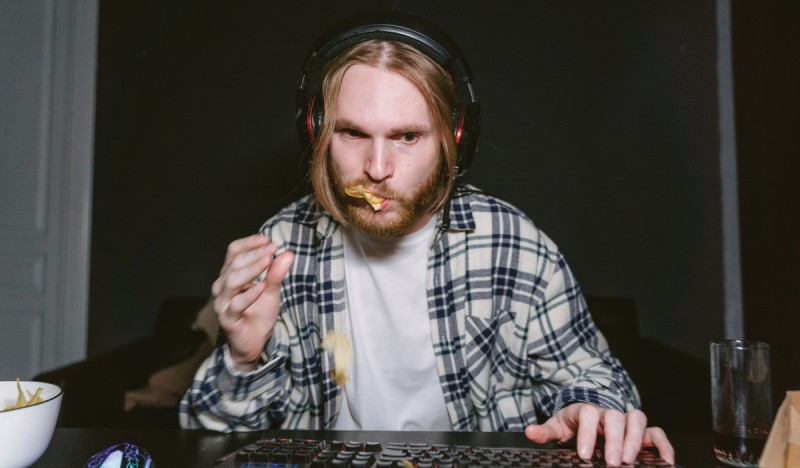 Hank Jarvis, 24, spent much of Saturday morning complaining to his roommate about Bloodborne. His latest complaint centered on the fact that he couldn’t see the characters behind various doors and windows, and he had to interact with disembodied voices instead. “[From Software] are so freaking lazy!” he shouted before pausing the game to watch a video on how to kill the Maneater Boar after encountering the beast and immediately getting trampled to death.

“This is such lazy game design,” he exclaimed after finally felling the creature, thanks to the help from a tutorial video that showed how to roll away from the big pig’s attacks. “It’s not even really that hard. They just make bosses do unfair stuff to make the game seem longer. Lazy.”

Jarvis’ anger increased when he encountered the Shadow of Yharnam boss. “Oh my god,” he yelled. “This is just three of the same guys! They couldn’t even be bothered to make three different guys. Unbelievable.”

His roommate, Patricia Jarvis, 49, pointed out that each of the three Shadows appeared to have different weapons and attack patterns, which elicited more ranting from Jarvis. “This sucks. I’m not wasting my time with this garbage,” Jarvis said, before watching several additional tutorial videos. Hours later, after being repeatedly burned, stabbed, and killed by snakes, Jarvis finally defeated the trio. “After all that hard work, there wasn’t even a cool death animation or anything. How hard could that be?!”

Jarvis spent the rest of the weekend completing Bloodborne after summoning other players into his game using the Beckoning Bell. “They don’t even have online matchmaking,” he told one player. “So, so lazy. And thanks for beating Vicar Amelia for me; I don’t have the right weapon for it right now.”