However, not all cars can have all kinds of modifications, and some GTA San Andreas vehicles (such as motorbikes, planes, and boats) cannot be customized at all. 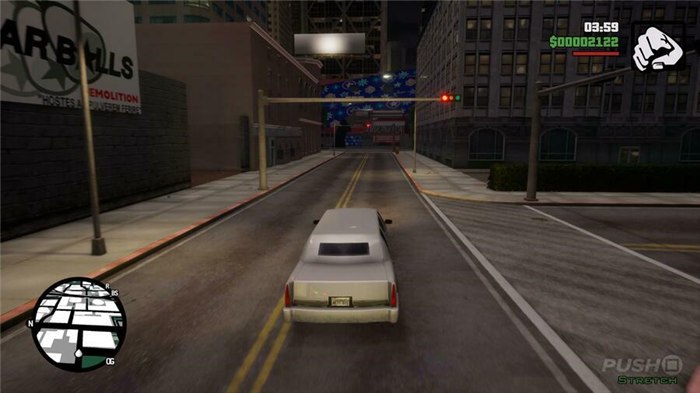 On this page, we will share all the car import / export locations for the GTA San Andreas Definitive Edition in the GTA trilogy. There are a total of 30 cars that you need to deliver as part of the Export and Import side quest with three different wanted lists. If possible, you should arrange the cars in order, and certainly one list at a time, as some vehicles will not show up unless you are on the correct car list.

To start exporting and importing, you must complete the Customs Fast Track mission for Cesar Vialpando. It becomes available after obtaining at least a bronze in all Riding School missions.

To export the cars you have to take them to the Easter Basin in San Fierro. You can use the crane to lift the vehicles onto the boat or drive onto the boat directly. Upon successful completion, you will receive money in your account depending on the condition of the car at the time of delivery.

You can always go back to the board in Easter Basin to import the cars you previously exported. Remember that different cars will be available on different days of the week, so you may need patience to get the ones you want.

Below you will find all the car import / export locations for the vehicles in Wanted List 1. Note that some of these cars may not spawn unless you work specifically on Wanted List 1.

Below you will find all the car import / export locations for the vehicles in Wanted List 2. Note that some of these cars may not spawn unless you work specifically on Wanted List 2.

Below we have detailed information on how you can export vehicles in Grand Theft Auto San Andreas along with all 30 GTA San Andreas wanted car locations as well as their rewards.

GTA San Andreas is one of the few games in the 3D universe in which Infernus reigns. However, this is the case where speed alone is not the best thing. Infernus suffers from understeer or is very sensitive to handling in normal speech. Safe driving is rarely a major issue in GTA, but the downside to Infernus is worth keeping in mind if you’re trying to avoid capture.

The cheetah may not be the fastest car in the world, but there is a strong case that it is the best. The handling is far superior to other sports cars, both the Turismo and the Infernus, and the Cheetah is much less likely to roll if things get out of hand.

The Bullet pairs with Cheetah for maximum speed, but most players find it superior for its excellent handling and acceleration. There are no downsides to running the Bullet, and it also looks fantastic.

If you like a little bit of danger while driving, SuperGT is for you. It competes in speed with Bullet and Cheetah, but driving it puts you at risk of disaster. The SuperGT jams quite often and takes a bit of practice to balance high speed with low handling. You’ll get a lot of it if you complete the Doherty driving exams. You must use SuperGT for your final exam.

However, going fast is only one part of GTA San Andreas. You will want to equip yourself with the best weapons and put your gang in order. However, no one can stay on the clock indefinitely, and it’s a good idea to find a girlfriend for Carl who shows off his softer and more caring side, especially if you want to get every achievement in the game.

Below we have provided all 3 Wanted Lists in Grand Theft Auto San Andreas Definitive Edition with all vehicle locations along with the corresponding rewards.

Can You Buy Cars in GTA San Andreas?

Yes, you can buy cars in GTA San Andreas. To do this, you must first deliver vehicles to the Easter Basin cargo ship in order to complete the “Export and Import.

You can then go to the board in the Easter Basin and select the vehicle you want to buy / import. The vehicles will cost 80% of the monetary value received when exporting them.

You can buy any of the previously delivered vehicles. However, you can only choose from a certain list of vehicles depending on the day of the week.

Just like stolen vehicles, purchased vehicles can be stored in Garages / Hideouts.

GTA San Andreas features an “Export and Import” side mission in which you must deliver a vehicle list to the Easter Basin cargo ship in order to receive cash prizes.

After exporting and delivering your vehicle, you unlock the ability to import and purchase that vehicle from the Easter Basin array, with a rotating vehicle list based on the day of the week.

In most cases, every wanted vehicle that shows up in GTA SA comes with a random and custom-made license plate.

Below we have provided all 3 Wanted Lists in Grand Theft Auto San Andreas Definitive Edition with all vehicle locations along with the corresponding rewards.

When you complete the third wanted list, you will be rewarded with an additional $ 200,000, which is very helpful in finding new hiding places.

Below are all the wanted vehicles from the first list.

This vehicle can be found at the Los Santos Convention Center in Papercuts in the car park, in Doherty, San Fierro or Queens, as well as in firefighting and firefighting missions.

This vehicle can be found at Catalina’s Hideout in Fern Ridge and Xoomer Gas Station in the Easter Basin.

This vehicle can be found at Mount Chiliad, Hashbury (vehicle depot) and at Juniper Hollow, San Fierro in the restaurant parking lot.

The maximum reward for collecting this vehicle is 26,000.

This vehicle is located at the Vank Hoff Hotel, San Fierro in Valet, in downtown Los Santos, in the southeast of Flint County, near Back o ‘Beyond and on the Santa Maria Freeway Extension in the parking lot.

The maximum reward for collecting this vehicle is 95,000.

This vehicle is located at the Easter Basin Naval Base, Area 69, and at Easter Bay Chemicals.

The maximum reward for obtaining this vehicle is 40,000.

This vehicle can be found at Unity Station in Los Santos, on the county road and in the Lowrider Challenge area.

The maximum reward for obtaining this vehicle is 30,000.

This vehicle is located in Hashbury (avenue). It can also be found in the eastern part of the San Fierro or Hunter Quarry Courier Mission, at Easter Bay Chemicals, and finally behind the garbage can near Desert Home Furnishings Store # 1 in Angel Pine.

The maximum reward for collecting this vehicle is $ 10,000.

This vehicle can be found in Vinewood in the film studio, behind the offices.

This vehicle can be found at Vinewood, Richman, in the back of the Wang Cars Showroom.

The maximum reward for obtaining this vehicle is 40,000.

After completing the first wanted list, you will receive an additional 50,000.

There are several cars in the game that win when it comes to speed and utility. Here is a list of the best vehicles in GTA San Andreas where you can find them. 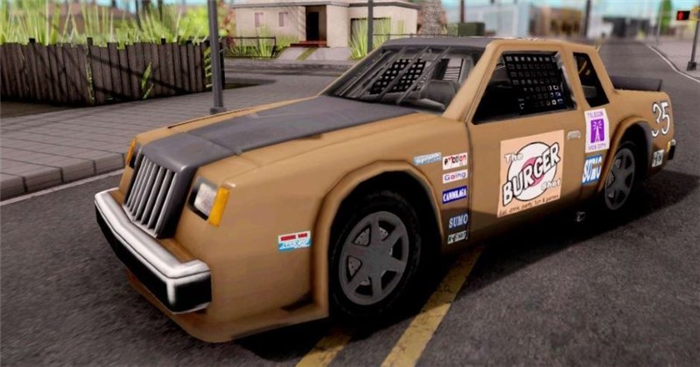 There are two ways to get a Hotring Racer. The first is to spawn it with cheats. The second, more legitimate way is to complete the 8-track side mission in the game. After completing the mission, you will see him quite often around Los Santos.

The car is known for its iconic Camaro, Cutlass and Thunderbird variants. It goes up to 136 mph; however, it has poor grip and grip, so it is not intended for off-road use at all. Its iconic acceleration is its saving grace, however, as it beats most supercars off the line.

A fast car is half the battle if you want to drive GTA San Andreas. When you jump into faster cars, you need a greater sense of control to ensure you don’t crash. As such, LDPlayer offers full mouse and keyboard support in GTA San Andreas, allowing you flawless control of your car that no touchscreen can achieve.

Perhaps the most iconic car in the game, it can be found mostly around San Fierro. Taking inspiration from the Ferrari Testarossa, this supercar is one of the fastest in GTA San Andreas.

The Cheetah offers incredible agility even at high speeds. Its top speed is a whopping 144mph, and its acceleration and speed match Bullet’s. Its appearance sets it apart from the rest of the vehicles on the list as it is customizable in Los Santos Customs and is one of the few supercars in the game that can be customized by a large margin.

Due to the lighter weight of the car, it provides lightness while driving, making it pleasant and easy to take sharp turns. Which is half the fun of any GTA game.

Another fast car, the Turismo is a stylish vehicle that will take you wherever you want in no time. However, the best thing about the Turismo is that it is maneuverable, which allows CJ to dive between aisles, through parking lots, and make tight corners. It’s a great getaway car and a solid racing vehicle. 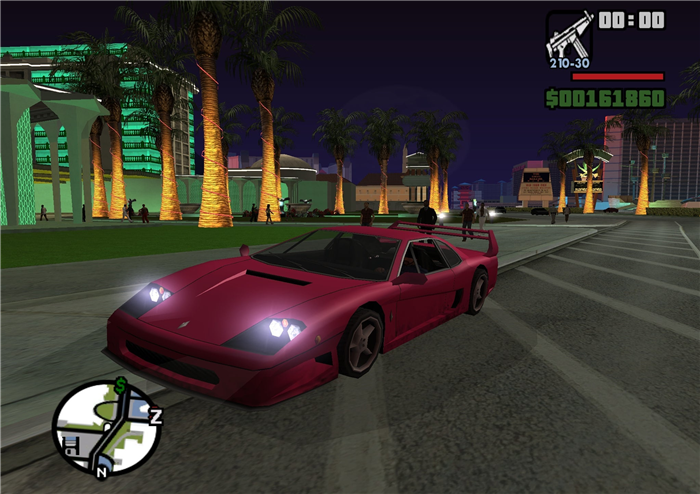 Turismo can be found mainly in the Las Venturas lane, where the car often goes up and down.

Unlocked at the end of the game, the Vortex may not be the fastest or the most difficult vehicle, but it does have something priceless about it. It can drive both on land and on water. 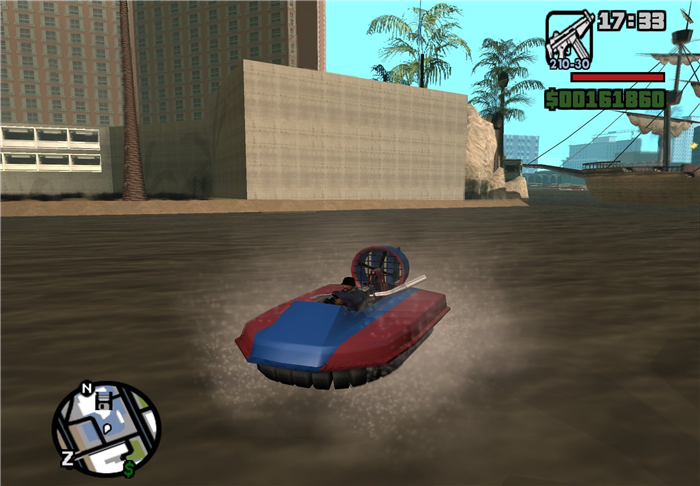 Unless you made it through the Boat School, you’ll get a taste of Whirl for the first time during the “Cut Throat” mission at the end of the game. After this mission, you will be able to find him at several respawn points, but he always appears next to the Pirates in Men’s Pants Casino in Las Venturas and at the end of the Los Santos marina.

This car is difficult to control, so only more experienced drivers should try to make really tight steering because it can easily overturn at the slightest bump. 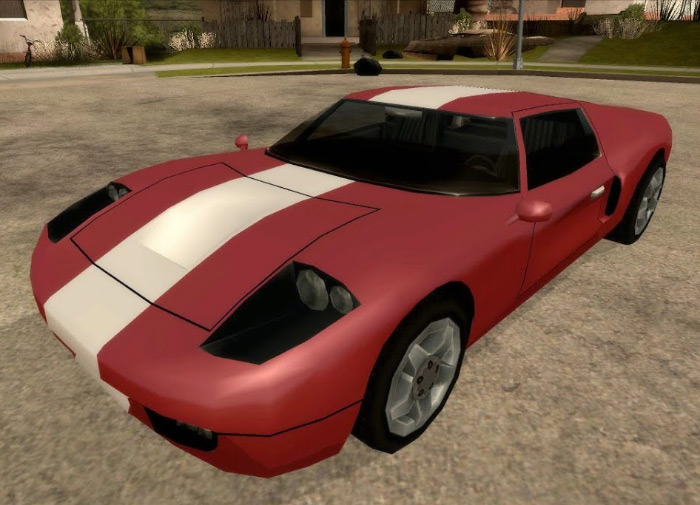 I have to say the Bullet is a great choice whatever type of ride you are looking for.

With strong acceleration, braking and handling, the Bullet is the third fastest car in San Andreas.

Due to the lighter weight of the car, it provides lightness while driving, making it pleasant and easy to take sharp turns. Which is half the fun of any GTA game.

The only place you need to be careful about is the damage this car takes upon impact, so be careful not to crash when you are driving at high speed. It doesn’t take much to set this thing on fire.

Not only does this car perform well, it is styled to be cool with a racing stripe down the center. 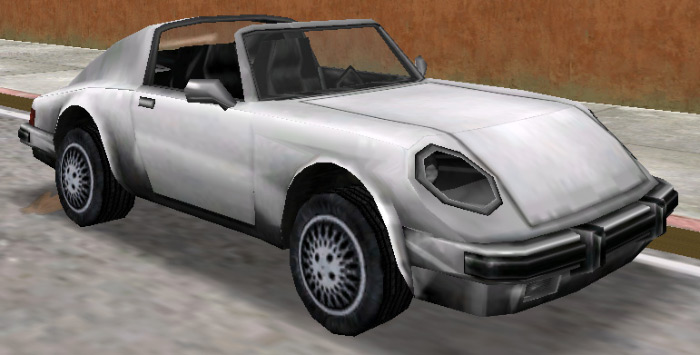 This stylish and fast car is based on the Porsche 911. The Comet is the fastest all-wheel drive car in San Andreas with incredible acceleration and a powerful engine for maximum speed.

It’s also very stable, so you don’t have to worry about drifting or cornering, even at high speeds.

While it is not always the best choice for riding on lawns, its stability allows you to drive safely and quickly in the rain, and yes, even on grass.

As it is a convertible, CJ is able to jump into this car without opening the door, adding extra style to the game while driving around the block. 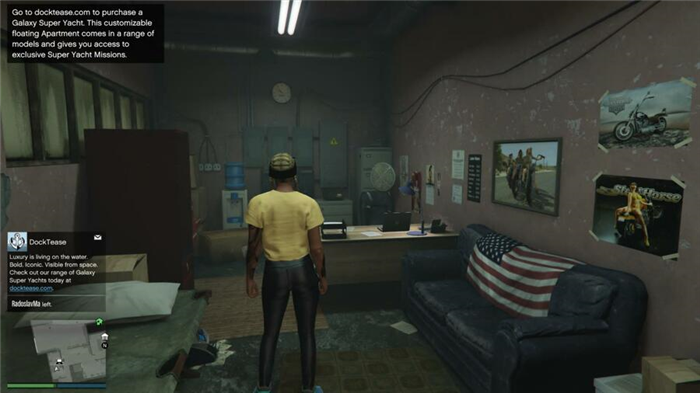