How I’ve Used Gaming To Improve My Lockdown

As we approach the one-year anniversary of the world being changed by the COVID-19 pandemic, I’ve begun reflecting on the ways I’ve also changed in that time. As someone who was newly living alone when the lockdown orders came through, the transition from my old life to my current reality was a harsh one. To combat those struggles many of us have faced during this difficult time, I’ve made a concerted effort to focus on my physical and mental health, and part of that was achieving goals I’ve long had for myself.

The pandemic has allowed me to learn how to be a better cook and a better mixologist (finally nailed that old fashioned recipe), but one of my goals going into the lockdown was to relearn guitar; I was pretty okay at it back in high school, and with some extra time to myself, I figured now was as good a time as any to dust off the ol’ axe. I tried using apps and the internet to mixed results, so when I saw that Rocksmith 2014 was on sale for $4 on Xbox late last year, I jumped at the chance to have a game-based way to brush up on my rusty skills. Unfortunately, I didn’t anticipate that the cable would cost another $30 and that I’d want a ton of DLC songs, but you know what? All in all, it’s not such a bad deal when you consider the upside and the typical cost of an interactive guitar instructor. 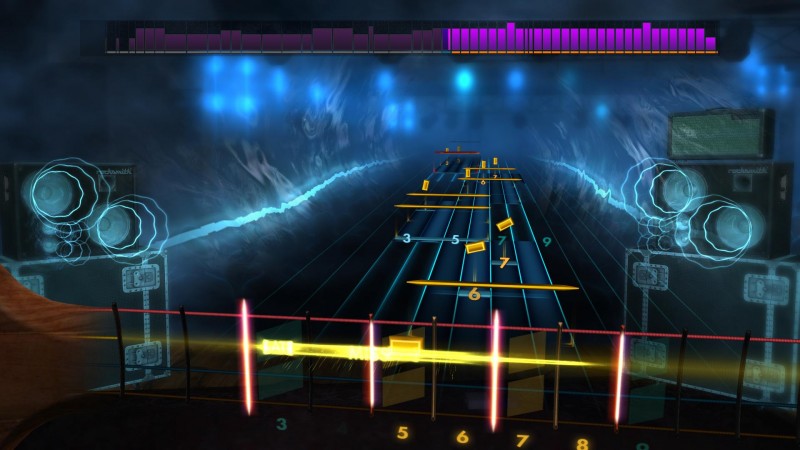 I’m still very much in the early stages of reacquiring my skills, but I’m having a blast being able to plug an electric guitar into my Xbox and within minutes be playing dumbed-down versions of some of my favorite songs. I missed the boat on Rocksmith the first time around, but I’m glad I jumped on board with this sale, as now when combined with my workouts and a recent habit of doing digital art on my iPad, I have yet another way to healthily channel whatever I’m mentally going through at the moment.

This was just one part of my road to self-sufficiency. With the world mostly shut down, I’ve made an attempt to replicate the experiences I most looked forward to in the comfort of my own home. While the café in the corner of my kitchen and the two gyms in my home get used daily, I really miss being social. One of my favorite activities during less risky times was to go to a local arcade bar, get a few bucks in tokens, grab a drink, and relive some of my favorite arcade games from my youth. While I’m a big proponent of supporting local businesses during these times, I’m not super keen on going to an indoor area with other people where the main attraction is touching stuff. That’s why I decided to start looking into ways I could bring the arcade experience home.

One of the main reasons arcades no longer flourish like they did in the ’80s and ’90s is because home consoles have far surpassed the technology of the typical arcade cabinet. This was demonstrated in how I traveled to and lost myself in the various locales of console games when I wasn’t able to in real life. Getting my hands on PlayStation 5 and Xbox Series S further enhanced my immersion in these worlds, and I can’t overstate how important the Switch, with games like Animal Crossing: New Horizons and Super Mario 3D World + Bowser’s Fury, has been during this last year. However, there’s something to be said about the form factor of the arcade cabinet. That’s why I turned to Arcade1Up, which sells officially licensed arcade cabinets, to help convert part of my basement into a stay-at-home arcade. 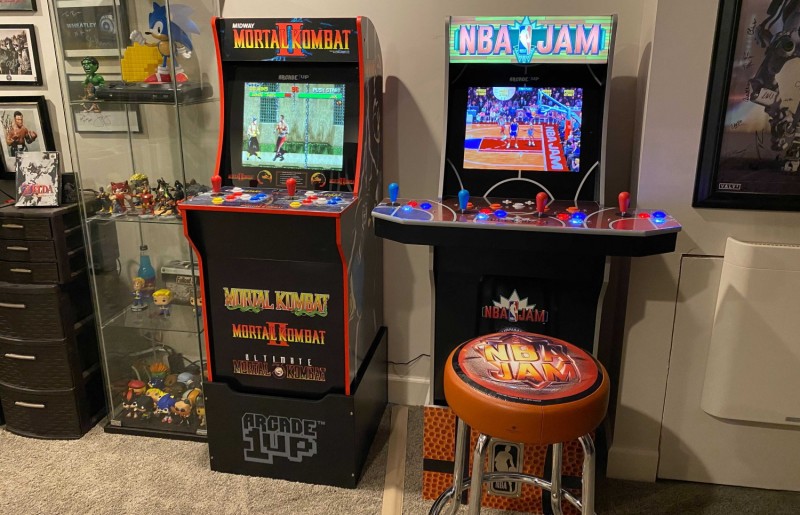 Within the last few months, I’ve added an NBA Jam cabinet, as well as a Mortal Kombat one. The NBA Jam cabinet has NBA Jam, NBA Jam: Tournament Edition, and NBA Hangtime, while the Mortal Kombat cabinet gathers Mortal Kombat, Mortal Kombat II, and Ultimate Mortal Kombat 3. Not only that, but I’ve pre-ordered the Capcom Legacy Edition cabinet, which includes a bunch of Street Fighter games plus other Capcom classics like 1943, Strider, and Darkstalkers, to round out my home arcade with some of my favorite arcade games of all time. All I need now is the upcoming X-Men Arcade cabinet, the perpetually sold-out Teenage Mutant Ninja Turtles cabinet (complete with Turtles in Time), and the dream announcement I’ve been waiting for from Arcade1Up: The Simpsons arcade cabinet. I know I’ll never own all of them, but throw in the Area 51 arcade machine and I’ll be all set for life.

Of course, video games aren’t a fix-all solution, as much as I’d love them to be. I’ve also made strides outside of gaming to focus on myself and my mental health. I’ve taken time to get away from the screens with workouts, meditation, and plenty of walks around my neighborhood (when it’s not intolerably cold up here in Minneapolis). I’ve also begun seeing a therapist virtually to help process the current reality we’re all sharing, the seemingly constant stream of tumultuous news we’ve experienced, and the whiplash-inducing shift in my personal and professional life over the last year and a half. Gaming has helped me and shaped my life in ways I can barely express, but making sure to take proper care of your mental and emotional health in more formal ways has become much more important.

I still can’t wait for the day when I can meet up with friends at my local arcade bar to enjoy a few drinks and games, but now I’ll have the opportunity to host a similar experience at my house. Oh, and also some Rock Band for good measure – I’ve been building that song library for a decade and a half now with the idea that I’d eventually have some parties with that thing. If all continues to go the way it’s been, I’m trying to come out of this pandemic with new cooking and drink-mixing skills, my own personal café corner, gym, arcade, a renewed ability to play guitar, a keener focus on mental health, and a particular appreciation of the life we all led prior to the last 12 months. While I’ve often lamented how much time I’ve wasted during this last year, when I put it that way, I suppose it could have been worse.