HTC Vive Cosmos Review. How much does the vive cosmos cost

Oculus Quest and Quest 2 can be connected to a computer for a full Rift-like experience. The official cable is expensive, but there are many alternatives. The HTC Vive Cosmos VR Headset is a technically impressive upgrade to the original Vive, but it’s very expensive and you still have to deal with the cable.

The Vive Cosmos is the latest VR headset from HTC, a significant upgrade to both the original Vive and the more expensive Vive Pro. It completely eliminates the need for external sensors, and the redesigned motion controllers are a big step forward. However, its $ 699 price tag is hard to bear when the Oculus Rift S can be purchased for $ 399. As a PC-powered headset, you still have to struggle with a clunky cable while playing virtual reality, and once you use the all-standalone Oculus Quest, it’s hard to get back comfortably, no matter how much more powerful your tethered system might be.

Are Vive Cosmos controllers better than past ones? 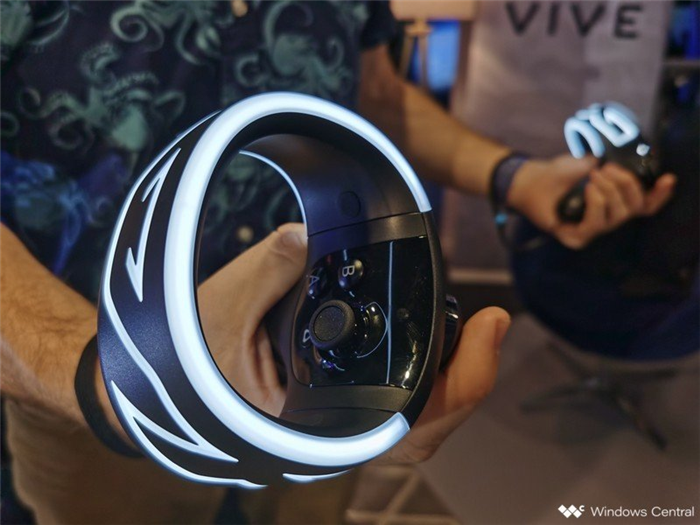 Vive’s controller wands have been a bit clunky so far. They’re not ideal for smaller hands, the grip buttons are often not particularly well used in gaming, and the industry has moved on. With the Oculus Touch and Valve Index controllers in the wild, HTC was desperate for an upgrade for its game.

Cosmos controllers are nothing like what you’ve seen before on HTC. The design is smaller, more ergonomic, and the tracking ring flexes upward so that tracking from the inside is directed towards the cameras in the headset. The tracker ring shines in a cute little cyberpunk style that not only looks good but is also a functional part of the tracking.

The best part about these controllers, however, is how convenient they are. Smaller grips are designed to be fully wrapped around the palm of your hand, and the curved grips ensure a natural positioning of your fingers on all the different buttons. When I first gave these controllers my head was already in the headset so I couldn’t look down and see them, and it felt like I was holding two halves of a gamepad. For a while I sincerely believed that combining these two halves would make a standard console controller, it was such a natural feeling in my hand.

These controllers are noticeably heavier than their Oculus counterparts. The weight is well-balanced so it’s not very noticeable after the first few minutes of use, but if you’re used to ultra-light touch controllers you’ll absolutely notice the difference. Some of them come from the two AA batteries used in each controller which, according to HTC, will provide up to eight hours of gameplay.

How comfortable is the new Vive Cosmos design? 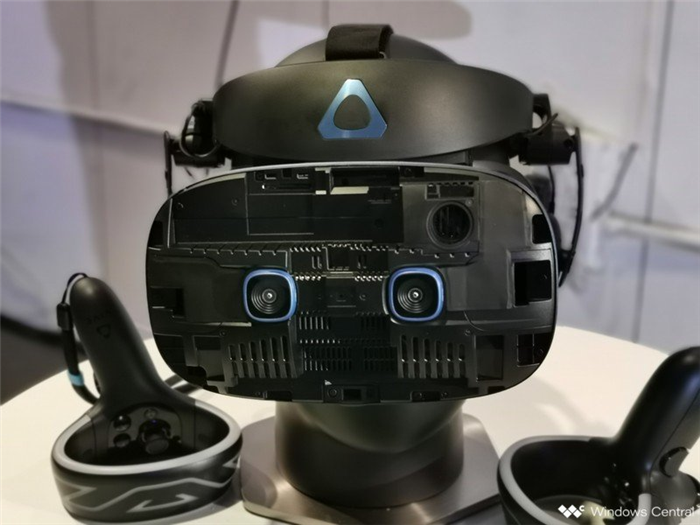 HTC’s design language for headsets continues to take shape with Cosmos. The dial you use to clamp the headset on your head, the built-in earbuds, and the way the headset fits around your face are familiar if you’ve ever used an HTC headset, but a bit more polished.

Cosmos uses the same connector as the HTC Vive Pro to connect to your computer, and there’s a 3.5mm headphone jack on the side if you don’t want to use the included headphones. The gorgeous large lenses covering the HTC display with the highest 90Hz and 2880 x 1700 resolution provide fantastic visuals, while the same interpupillary distance (IPD) dial found on all HTC headsets is present and very useful. (IPD is a measurement of the space between students of people.)

It’s also the lightest HTC headset to date, weighing 651 grams. It’s a bit heavier than the Oculus Rift S, no doubt thanks to the included over-ear headphones. And pour one out over Windows Mixed Reality (WMR), because the Cosmos has a hinged display and a halo headband so you can stand up and see the real world if you need to. The top bar comes off completely if you just want a halo.

The biggest feature, however, is how modular the headset is. The face seal and halo lining are easily removable, allowing you to replace them with whatever you want. The headphones also take off in seconds, so you can use whatever you want. Even the front panel falls off, and with it several cameras. This design decision allows HTC to sell additional faceplates to people with different needs. If you prefer to use the standard Vive lighthouses for 360-degree tracking instead of inverted 310-degree tracking, you can do so with ease. And according to HTC, there are several other front panels in the pipeline serving different audiences.