If you’re like me, the wait for Dragon Age 4 is pretty unbearable. We have justice that needs to be seen with a certain egg and taking on Tevinter is mighty enticing. While we still have a nice little wait time before we get a DA4 launch date, we figured these Dragon Age mods for Skyrim might help pass the time.

Bethesda sure does know how to make moddable games. Both Skyrim and Fallout have arguably the biggest mod libraries out there. With so many, it’s easy to find a few Dragon Age-inspired ones that take us back into the world of Thedas while not leaving Tamriel, and here are a few of my personal favorites as a massive PC gamer. Fenris is the broody elf that escaped slave life in Tevinter and became a loyal follower of Hawke in Dragon Age 2. Though rough at first, he eventually became one of my favorite elves in the entire Dragon Age franchise, which is why this Fenris Follower mod is a must-have in my book.

“Fenris, a former slave in Morrowind, served the House Dres for most of his youth. His Dunmer masters forced him to endure a Daedric ritual which resulted in the unique magic markings on his skin. One day he was finally able to escape, and he ended up in Skyrim.” 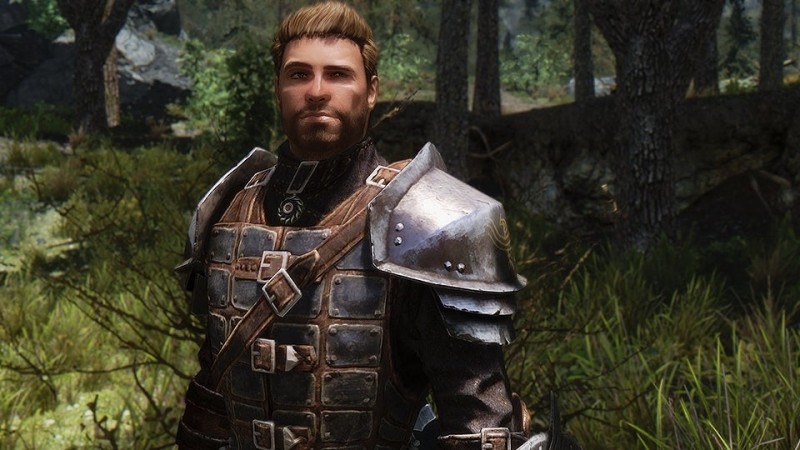 Swooping is bad, but more Alistair is definitely not. First introduced as a companion in Dragon Age Origins, he later became the king of Fereldan (depending on your in-game choices and if you’ve read the comics or not). With a penchant for cheese and licking lamp posts in the winter, this mod is perfect for those that miss this adorable little warden.

According to the mod’s creator, “For those who wanted to play as Dragon Age: Origins’ Alistair Theirin, fret no more! Modeled after the Origins version of Alistair Theirin, I have made a preset for RaceMenu so you can play as your loveable companion!” Look, we all had that “dammit, Anders” moment in Dragon Age 2, but let’s be real: he was awesome in Dragon Age: Awakening. This mod gives us back our sassy mage, though no Ser Pounce-a-Lot in tow, though this time no political buildings are being blown up.

“I love Anders from Dragon Age, so I tried to create a character like him in my Skyrim,” said the creator of this particular mod. “The character turned out quite like him, I think. You may find here 2 versions of Anders follower mod and a saved game file with main character of same appearance.”

Get your Anders on with the mod download right here. Morrigan, oh Morrigan. First introduced in Dragon Age Origins and eternal nemesis to Alistair, this character was an freaking icon. With a no-nonsense attitude and a survivor’s instinct that you can’t help but to admire, Morrigan is a mainstay character that made an incredible return in Dragon Age Inquisition.

She’s one of my favorites, so bringing her into Tamriel is another must-have.

There are a few others, including Merrill right here, but they aren’t quite as solid as the ones previously tested. I absolutely love modding. I love using them and I love creating them, so if you like seeing mod recommendations like this be sure to leave a comment in the section below and tell us what you’d like to see more of!