You will obtain selected Seals of Triumph of Rivensbane.

The amplifier will complete the rally triumphs you need.

Boost lasts from 1 hour to 3 weeks. It depends on the specific task and the number of Seals of Triumph of Rivensbane needed.

We don’t use any programs or bots, only manual work.

For the pilot service, we will use your country’s VPN to work on the order.

Stream or screenshots are available upon your request.

Boost is available on PC, PS4 and Xbox.

Pilot mode. One of our bands will play for you. You will be able to watch your character via the stream. We will use your country’s VPN.

The “struck by lightning” option will do for you all the raid battles with a fireteam made up entirely of Arc subclasses.

Clan Night: Last Wish Option – We’ll complete the ‘Last Wish’ raid for you with a full fireteam made up of clan members.

New Meta Option – We’ll complete all raid skirmishes for you with a fireteam made up entirely of the same Guardian class.

“About Murderer mine” option – we will make the Last Wish raid for you.

“Petra & ‘s Run” option – we will complete for you the version of Petra &’ s Run from the Last Wish raid.

“Stay away” option – we’ll do the challenge for you. Stay out of the house.

“Sunburn” option – we will complete all raid skirmishes for you with a fireteam composed only of Solar subclasses.

The “Night Owl” option – we will perform all raid battles for you with a fire team composed only of Void subclasses.

“Habitual Wisher” option – we will make 10 wishes for you in the Last Wish raid.

“Put a flag on it” option – we will place 5 Last Wish raid banners for you.

“Treasure Trove” option – we will loot hidden chests for you 10 times in the Last Wish raid.

Glimmer – what’s the maximum amount of this currency?

At the time of writing this guide, after the launch of the Shadowkeep DLC, the maximum amount of Glimmer you can have in Destiny 2 is 250,000 which you get in drops or earn for completing tasks will just disappear. 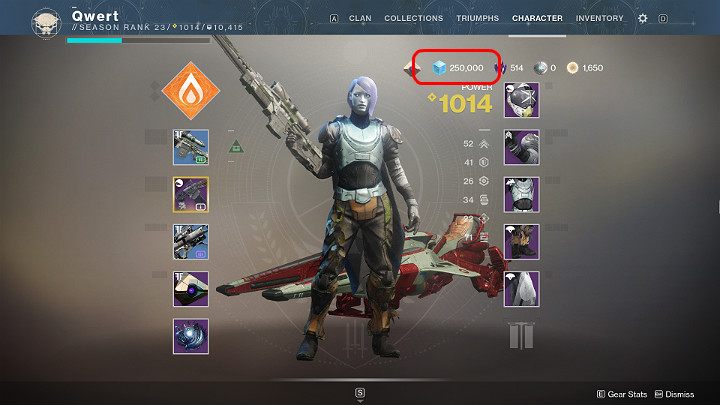 Atheon won’t give up easily. Make sure you are ready.

Combat style mods refer to the fourth column of mods on your armor. These mods revolve around one of three mechanics: Charged with Light, StrategOS Cells, or the Wells of the Elements. All three of these mechanisms are ridiculously powerful and made a large contribution to the number of teams that successfully defeated the Deep Stone Crypt and Vault of Glass raids on day one.

Here are some mods we recommend:

If you do not have access to Charged with Light or Warmind Cell mods, we strongly recommend that you use elemental well mods. They can be obtained from the War Table and HELM Servitor.

For a more in-depth look at these mods, check out our guides below:

A new glitch allows up to 12 players to cram into places they shouldn’t be, such as 12-player raids or even Presage. I made a 12 man Deep Stone Crypt and it’s wild. A newly discovered bug in Destiny 2 allows players to cram as many people into the team as is officially allowed, and boy hello that was silly. Crush two fireteams in a 12 man raid? Sure! Hell, I even saw 12 people crammed into a three-man Presage mission. The glitch is hard to accomplish and will likely be fixed soon, but I had a great time joining the Deep Stone Crypt 12-man over the weekend. It was perhaps the messiest and dumbest raid I’ve ever done.

The glitch is that one fireteam joins the other at a certain point in the countdown to the start of the activity, skipping the check that should say “Wait, wait, no, that’s not okay.” Timing is hard to coordinate with the internet lag, but after an hour of fun, we Rock Paper Soutrifle Rangers finally got a team of 12 into the Deep Stone Vault. Hey, if Attracts-1 can duplicate, we should be able to level the playing field.

After DSC had finished charging, I was so surprised to see everyone at the spawn that I immediately fell off the shelf:

The tone continued, it really was. It was the longest Deep Stone crypt I had made in a while, just out of chaos. DSC usually works like clockwork, everyone knows their role and follows the beat of the puzzles. But with 12 players running around talking about Discord, it’s hard not to lose focus. Daft. Chaotic. Very funny. And for God’s sake, we could spit out the numbers during the boss damage phases – even if pushing through position accidentally resulted in a few team kills.

Mind, we’ve had a few rare moments of synchronicity. This coordinated mass deployment of rally banners was very enjoyable:

If you fancy trying it yourself I would try sooner rather than later – Bungie seems to fix it. The instructions are like this.

The Bungie Community Manager replied over the weekend:

If Bungie feels the response to this glitch is encouraging, and finds it didn’t cause too many technical issues, hopefully they’ll consider trying more of the larger Destiny activities. I wouldn’t want to raid that way often, but I liked the modes like Escalation Protocol and Altar of Sorrow, which officially allow up to nine players to rain explosions against waves of enemies. (Especially when the event modes make Altar Rain a candy too.) Rangers may be Sol’s most powerful defenders, but most of all we just want to see some nice colors and fool around with our pals.