The Platinum Architect – Mark Cerny On His Fascination With PlayStation Trophies

Mark Cerny has worn many hats in his career. From designer and programmer to director and producer, he’s helped bring dozens of video games to life and has been an instrumental player in guiding development teams towards success. He’s now wearing the hat of an architect, tasked with the monumental undertaking of Sony’s next generation of gaming. Cerny was the lead designer of PlayStation 4 and is the chief architect of PlayStation 5, but today he doesn’t want to talk about the hardware’s nuts and bolts or speed and power; he just wants to talk about how great games are and how he’s hooked on the pursuit of Platinum Trophies.

Cerny, 56, has picked up 33 Platinum Trophies on PlayStation 4. A few of these Platinums are gimmies that are automatically unlocked by finishing a game, but most took considerable time, effort, and skill. He’s currently pursuing Platinum number 34 in the brutally difficult Cuphead. Cerny believes his completionist approach stems from a similar drive he had in the 1980s when he was trying to get high scores in arcade games.

Earning over 30 Platinum Trophies is impressive, but it’s by no means a record or anywhere near it. There are players with more than 1,200 of them. Regardless, it’s great to see a creator dive deep into games to explore everything they have to offer. The creation of PlayStation 5 came from someone who knows games inside and out, not just in how to make them, but what makes them fun to play to the point of getting the almighty Platinum. “In some ways, I feel like I’m learning what the developer values most in the game that they created,” Cerny told me in a video call from his home office, which is peppered with eye-opening game memorabilia, including a Marvel’s Spider-Man poster signed by various Insomniac Games developers.

I talked to Cerny about the drive to get Platinum Trophies, his love of arcades, and some of his favorite Trophies to chase.

Game Informer: Take me back to your early days of gaming. You told me you played a lot of Defender.

Mark Cerny: I was a huge arcade player, starting with Space Invaders. I cut my teeth on that and Asteroids and a couple of more games. I never really got into Centipede, but I was crazy in love with Missile Command and Defender. Pretty much my spare time in late high school and college was in the arcades playing these games. Part of [the allure] was the controls. It wasn’t like the Atari 2600, where you had one button. You had a dial for Missile Command, Defender had its seven buttons and joystick, and Robotron had two joysticks. I loved that.

They were really hard games. When we look at Cuphead today, we say, “Oh my god, I played that first run-and-gun level and must have died 50 times.” That’s only replicating the typical arcade difficulty back in the 1980s. With arcade games, you had to kill the player in three minutes as a design rule. We got test data on a game that was four-and-a-half minutes, and clearly, that game was never going to succeed because it wasn’t killing the player fast enough.

Arcade gaming was such a different mindset than it is today. We were trying to be the best on a machine in every venue we went to. We weren’t trying to finish a story or see the credits roll.

Right. It also had a bad influence on me as a designer. I shifted out of making arcade games in 1986, and what I was doing with things like Shooting Gallery for the Sega Master System was trying to represent the arcade experience at home. We didn’t have to kill you in three minutes at home, but this continued all the way through the first Crash Bandicoot. I realized towards the end of that project that it was just too hard. I spent the last six months [of development] trying to get the levels to the point that they could be finished by most people. We still kept lives for some reason. We kept lives for so long.

Talk to me about your history with Trophies. When did you develop a desire to go for the Platinum?

On PlayStation 3, I didn’t get any Trophies. I did most of my playing then prior to launch on my dev kit, so I don’t have much of a visible history on PlayStation 3. When I got PlayStation 4 and was on social networks, I thought it would be fun to expose everything I was doing to players.

For me, the way it started was Resogun, which is basically Defender. That’s where I started getting into the Trophies. I was like, “I might be able to get the Platinum.” I was in the top 10 on the international leaderboards for some of the categories. I got confidence from that.

The other thing, the number-two guy on [PlayStation] hardware is a guy at Naughty Dog, and we got into a competition. He had eight Platinum Trophies, and I had six. I’m still losing seven years later, but I’m still proud of where I’m at with 33 Platinums. He’s at 40 something. We still give each other crap about it. He got a Platinum in Job Simulator. Now how hard is that? [laughs] In his defense, he wasn’t even going for it – it just popped up – so he says.

Resogun was your first Platinum? That’s a hell of a way to start.

That’s the first one I got. To briefly go through my list, I started with Resogun, then did Infamous: Second Son, which is interesting because you have to play good vs. evil, and then evil vs. good. Soundshapes, let me tell you, I have no rhythm. Those levels looked impossible, and then two hours later, I did it. I learned so much about David Bowie playing that game because they must have had an entire Bowie album on there. I did Transistor. I was so proud of the Platinum for Wolfenstein: The New Order. I had to finish it on the Über difficulty, and I had a bug where the ammo stopped spawning. That was hard. I looked up the percentage of people that got that Platinum; it was 3.2 percent. That’s pretty good for a Trophy.

The next Wolfenstein is even harder; you have to finish that on the Mein Leben difficulty without any saves or any death. At first, it looked like no one in the world could do it, and then a month goes by, but someone did it. Certainly, it’s beyond my capabilities.

Middle-earth: Shadow of Mordor is a good one; it has nice challenges like riding those beasts. Until Dawn is also a fun Trophy because you have to see all of the different permutations in the story, Talos Principle had mind-bending puzzles and a beautiful story. 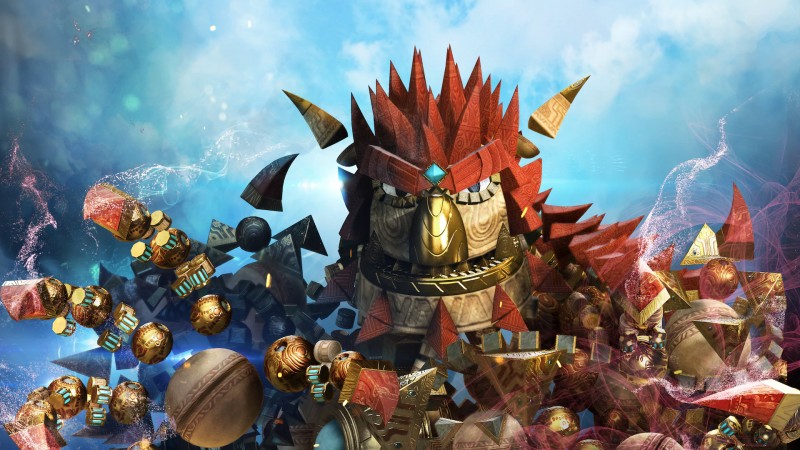 What about Knack 1 and 2? These are two games you helped create.

These are worth pointing out. I play my own games to get the Platinum because I want to know what the experience is like. For Knack, it was not very enjoyable getting the Platinum. It pops out randomly. The time commitment isn’t bad, but the random nature of things makes it just brutal. We fixed that for Knack II.

I see you got the Platinum in Rocket League. Impressive.

This is the only Platinum Trophy I’ve ever gone after that has a multiplayer component. The MP folk are just too good! I can remember being on the Resistance: Fall of Man design team on PS3 and playing the game for hundreds of hours – I could finish the campaign on the hardest difficulty – and the weekend it came out, I went online and thought I’d show off my skills. Instead, I ended up getting dominated by players who were playing the game for the very first time. So, if the Platinum Trophy needs online, I skip it.

As a Platinum-Trophy hunter, when you get a new game, do you look at the Trophy list first and maybe a guide to figure out how to optimize your playthrough?

First thing, I’m so busy that I’m usually playing games two years behind. This year I finally played God of War. I really enjoyed it. By the time I get to a new game, it’s a known thing. I do take a peek at the guide to see if there’s something totally annoying I should be doing along the way, so I don’t have to play the game twice. That’s about the extent of the guide experience. In some of these games, there’s a huge benefit of knowing things you have to do. 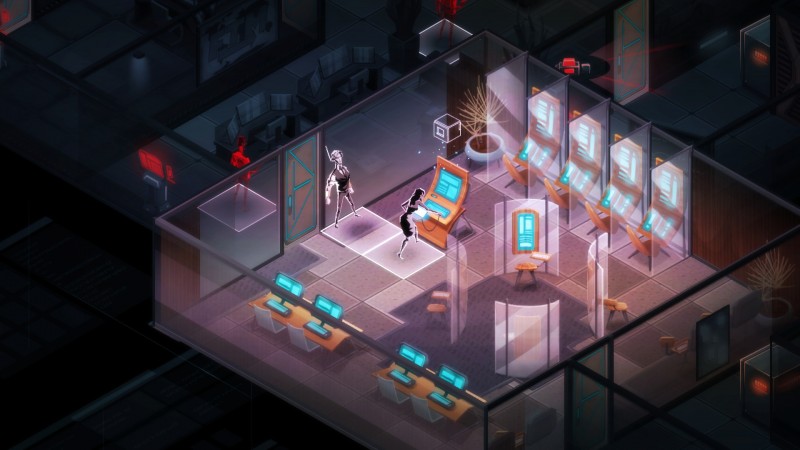 You are in an elite crew as one of the people to get the Platinum Trophy in Invisible, Inc. Only .1 percent of players have gotten it. How many players is that?

I don’t think we display anything lower than .1 percent. It has to be less than 100 people. It took me months to get that, and part of that is I don’t have much time in a day to play. Maybe 30 minutes. And then there are the weekends.

Do you find banging your head against a challenge is enjoyable? Knowing that it’s possible, but not a lot of people have done it?

I guess I want to take on the biggest possible challenge. It is a flashback to the arcades. I want to play it on regular, hard, and then beat it on the hardest. In the arcades, we’d build skills on those games for six months to a year.

Is there a game that was too hard, and you just had to move on from getting the Platinum?

I started some games saying, “I’m going to do it,” and then realized there was just a lot of side content that you had to do. In some of those cases,
I won’t even finish the game.

I’m doing Cuphead right now, and I don’t know if I’ll ever finish it because it may be too hard for me.

Where are you at in it?

I’ve beaten it, but now I have to do it on the expert difficulty. Because I don’t know if I’ll be able to do it or not, I’m starting on the toughest bosses – the ones people say they gave up on. If I can get through the toughest five, then I’ll know I can do everything else. I’ve taken down one of the top five. I just finished it this past weekend.

Any Platinums you’d recommend to people? Or that you loved?

Gravity Rush Remastered. People really misunderstand what Gravity Rush is. I wish more people would play it. It’s really wonderful. Horizon Zero Dawn works well with the ­storyline. Going after the Platinum and getting everyone in the world as an ally makes the game more fun. Astro Bot in VR is all about twitch reflexes. There are three puzzles that are challenging. Ghost of Tsushima. I liked it so much that I even did things that aren’t necessary, like getting all of the outfits.