Why I like World of Tanks more than War Thunder

Why I like World of Tanks more than War Thunder

Today I would like to say why I like World of Tanks more than War Thunder, now I like World of Tanks more than War Thunder because World of Tanks brought back to life forgotten tanks (in the game) such as Löwe, Pz. IV Hydrostat and more If World of Tanks hadn’t released these tanks, the Löwe would probably have been a forgotten project in the dust, and many of these tanks would have never been heard of, yes many of you War Thunder fans will be like Tanks World releases fake tanks, that never existed, yes those tanks weren’t built, but these tanks were in line with the plans, concept tanks and model at the time, so it’s a bit of science fiction but the reality is still preserved. It’s not like WarGaming releasing Fisher-Price style tanks like Tanki online than I have a problem, but I’m glad WarGaming released these tanks to World of Tanks and secondly I think the tech tree is better and I think that the creators of World of Tanks know more about tanks and their research, Why the hell is Ferdinand and Elefant a different tank in War Thunder, it’s the same tank, The official name given to the tank was Ferdinand because of Ferdinand Porsche. The Tiger (P) or known as the VK4501 (P) and Ferdinand were built because they built a Porsche after the Tiger failed. Before the competition with Henchel Tiger and Porsche Tiger, Porsche GmbH built around 100 Tigers (P) chassis and at the time it was supposed to be a waste of all that chassis for nothing, so Ferdinand was built and called Ferdinand, but many German soldiers did not call it an official name , but called it Elefant (Elephant) because of the similarity, so it says that the developers of the War Thunder tanks don’t know much about tanks, but you need to know about these things if you are going to make a game like this. And yes, War Thunder’s graphics may be better than World of Tanks, but the War Thunder environment is a bit unstable right now from a variety of views, and the World of Tanks environment actually seems to be there with content graphics.

Please don’t hate that we all have different opinions and respect your opinions, for example I don’t like Battlefield but I like COD from All WW2 Call of Duty, Modern Warfare, Black Ops but I hate COD from Black Ops 2 and above but some of you like different generations of COD and if you have a different opinion or what you might think please post below as sometimes I can learn from your opinion.

Come to Where the flavor is, Come to Marlboro Country! Yes, I love both games, both are amazing in their own way

WoT is a great combination of realism and arcade atmosphere

“Don’t fight if you get nothing by winning.” – Erwin Rommel

The sloped armor, devastating main gun and impeccable handling make the StuG III an amazing Tier 1 vehicle. Originally designed as a mobile assault gun, this tank destroyer performs best in motion and in close combat. The curved armor around the turret means you’ll have a distinct advantage over enemies on the same plane as you. Put it all together and you will get the best street fighter at an early level.

The weak side armor limits the StuG III’s amazing offensive capabilities to frontal strikes, while the blessing of stopping fire comes with its inability to fight at long range. More aggravating is the lack of a fully rotating turret, making you a tempting target for anyone capable of outflanking you. 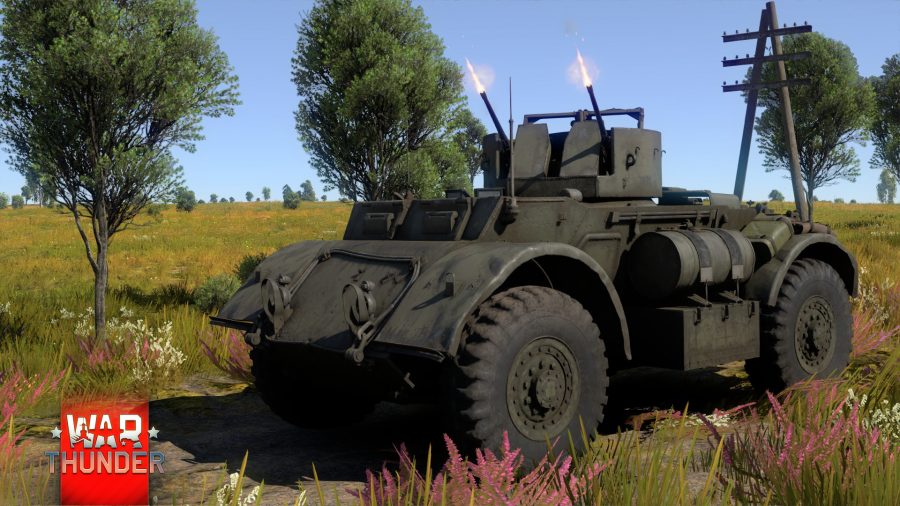 War Thunder vs World of Tanks: Here’s What You Need to Know The developers released World of Tanks over a decade ago, while War Thunder is now five years old. However, fans of both titles are

What’s the Difference Between War Thunder and World of Tanks in Terms of Game Modes?

An essential aspect of War Thunder and World of Tanks is that they offer some of the most exciting gameplay experiences. However, you’d like to know what you’re signing up for before deciding on one.

WoT and WT may be of the same game genre but have different systems. For example, WoT has different battle categories including Stronghold Clan, Training, and Random (Skirmish, Grand Battle, Assault, and Standard).

In contrast, War Thunder is available in single player (PvE, PvP) and multiplayer modes, and you will need special weapons for the different game modes. Additionally, WT allows you to choose the difficulty level, which makes it more flexible in the game.

In WT, PvP has dynamic and historical campaigns, while PvE has individual missions. The goal is to relive the battles of World War II, and for this you will need unique equipment. The game also allows you to choose the mode of realism, simulation or arcade game; therefore, unlike WoT, War Thunder is more versatile. Besides, in War Thunder, you can choose your favorite tank or plane, as long as you have the skills to do so.

WoT vs WT first experience. – posted in Off-Topic: Heyo, so after some hype in other forums, I was intrigued by WT and that it’s a better game and what not, I wanted to take a closer look at it so now that there are no events, I wanted to take my time and experience it’s the first time. (I had it on PS4 but uninstalled it right after the tutorial as the controls were incredibly bad) so I want it to remain thematic as the forum rules and everything…

so after some hype from the other forums I was intrigued by WT and that this is a ‘better game’ and what not, I wanted to take a closer look at it.

so now that there are no events going on i wanted to take the time and experience it for the first time. (I had it on PS4 but uninstalled it right after the tutorial as the controls were incredibly bad)

so i want this to still be thematic as forum rules and everything else and also off topic as not in some way gameplay related is cool right?

but the first experience in the tutorial is that this little bare bones doesn’t teach much about how it all works telling you how to shoot and wait for the gun to turn to the aiming point which is cool for new players but all in all it was enough WASD to move, mouse to aim, sift to see a sniper, use 1 mouse to shoot, green marker means write, red means not, and spin.

just to mention the machine guns and other tricks the game has to offer, even the garage tutorial is really limited.

that was it. I think WoT has a better tutorial on explaining the mechanics, hiding behind bushes, waiting for a target, and a good and relevant garage introduction about what’s going on.

so i would give WoT a point for a better tutorial really wants you to learn more stuff in it than WT.

well after the tutorial I did the only logical thing that Dinger does.

i bought a premium tank and it’s pretty good. 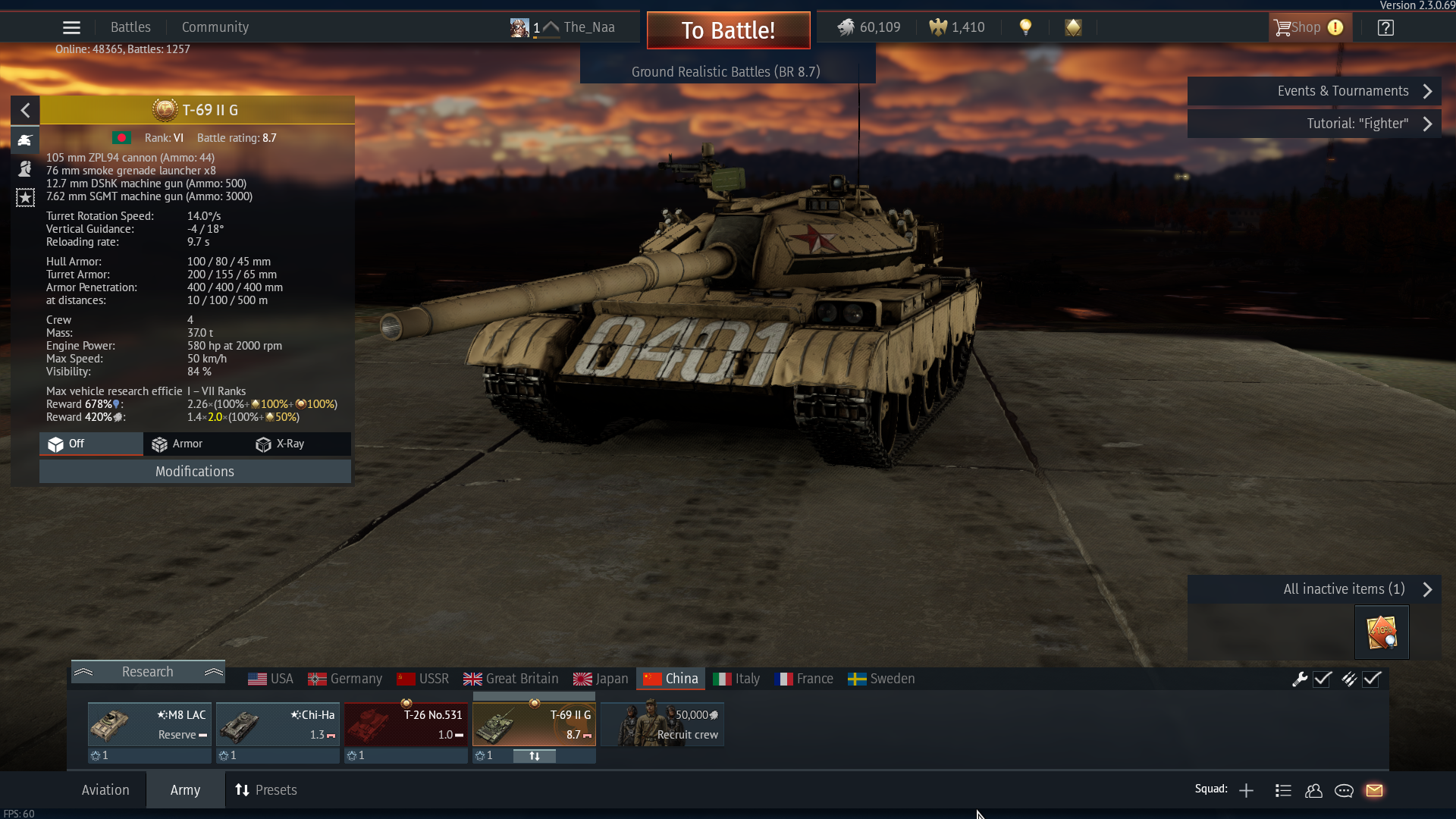 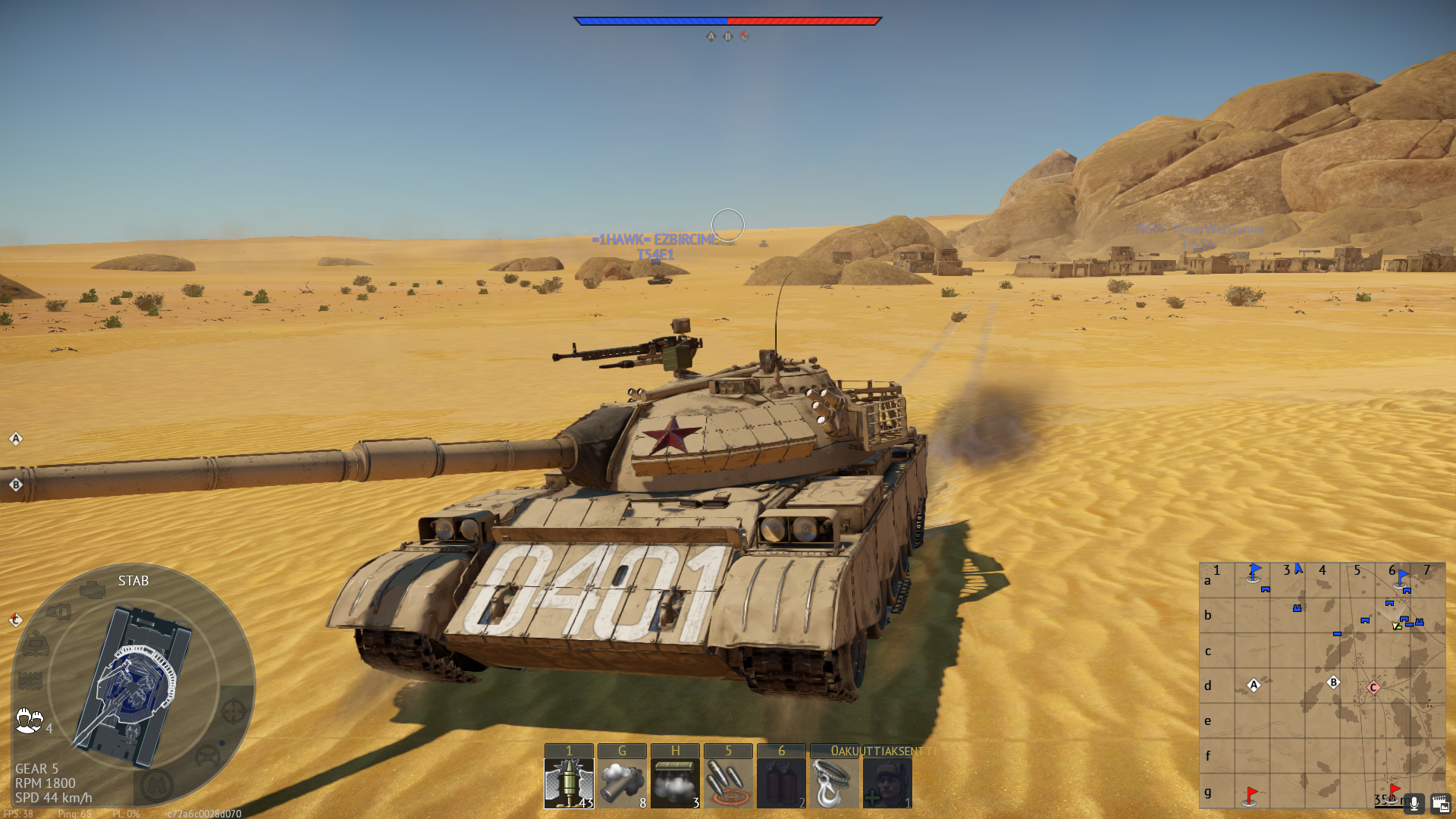 i must admit that I am a sucker for Chinese tanks and this one was so cool I had to get it, it cost around 60 euros but it was a kit so the tank itself would have cost around 40 euros which is worth a typical WoT tier 8 premium tank I really can’t complain.

i’ve only played a few games so far and will be playing more. I really enjoy realistic battles as this is a more silent camping game than a full match where the random ones are in WoT so it is aimed at it.

i really like to sit still for 15 minutes and keep an eye on the targets also the hardcore mode makes it even more fun as you can’t see the icons when you ‘see’ the tank and a random hit kills a really cool imo, keeps you on your toes all the time one wrong move and you are dead.

WoT is more transparency and tank shooting. WT seems to be a more strategic thinking game.

sure WoT has it too, but the maps are much smaller in WoT so it’s not that big of a deal.

i’ll add more stuff as I experience the game more if the mods don’t close it.

i am trying to make it WoT related and also want to share my opinion on the two games.

i know, but would you believe they didn’t sell premium panthers

* edit was french and russian but wanted german

so far, worrying about the team in WT doesn’t seem to be as much of a problem as in WoT.

spotting is also not a thing, so there is no need for such things either.

WT has more or less bare bones in it in terms of gameplay. Drive there, earn points, shoot the tanks that try to capture the point, watch out for the campers, win the game.

WoT has a lot more to do but only in the faster phase, spot tanks for your squad, shoot spotted tanks, make sure every flank is safe, help your squad win the squad, cap / decap, worry about artillery

you need everyone at WoT to work in harmony.

Finding another game isn’t easy, I still don’t think I would switch to another tank game – but MMO for sure.

the only thing i really don’t like is repair in this game.

even though it’s “realistic”, it still sucks.

we know that if you lose a module in WoT it takes 10 seconds to repair it and starts immediately but you can still do normal tasks like firing the cannon and rotating the turret (if not destroyed) or moving the tank when the cannon or turret ring is destroyed, and the repair will continue automatically, or you know, use the repair kit to repair the parts

if you lose a track or an engine that needs to be stopped, press ‘F’ to start repairing the modules and depending on the severity of the damage it may take anywhere from 20 seconds to 60 seconds and you cannot move, aim or shoot while the repair is in progress. (I can shoot sometimes, but that’s a bit weird) so if you lose the track in the open space or someone comes behind you it’s just over if no one is around to help.

most of the shots in this WT are one shot anyway so it doesn’t really matter that much, but even if it isn’t, the chance of survival is little or none as you can’t run anymore as all parts are broken and repair takes ages.